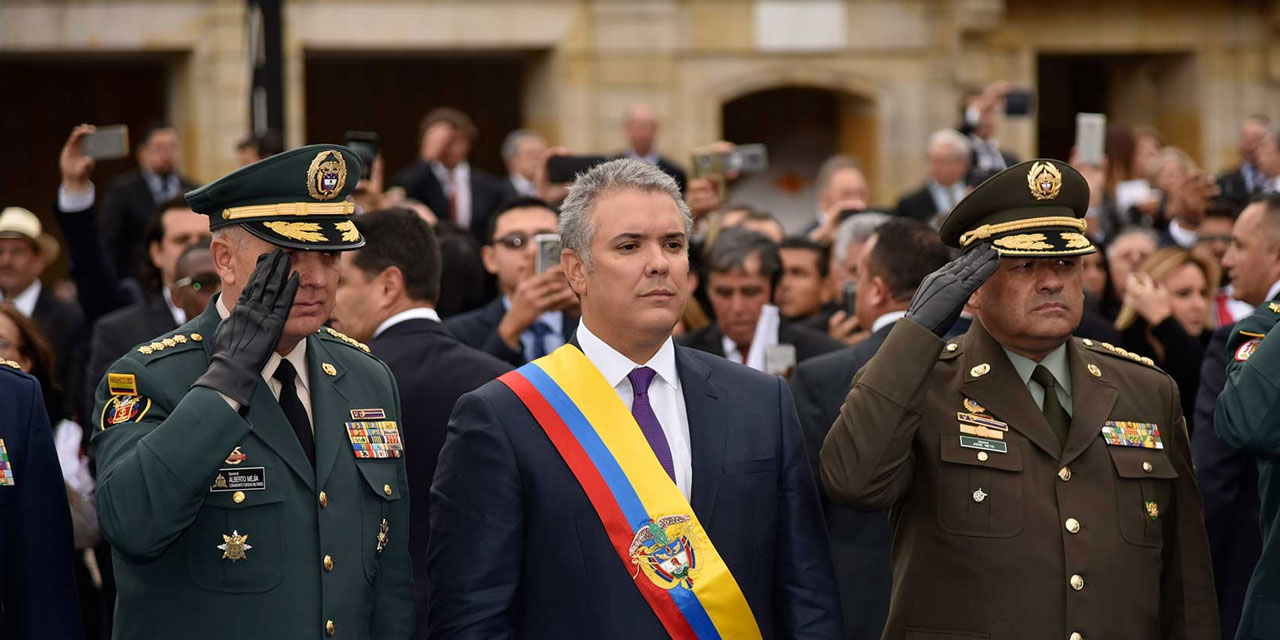 Fugitive politician Aida Merlano explained in detail how Colombia’s presidents are elected through elaborate election fraud during the first court hearing after he arrest in Venezuela.

The neighbor’s president, Nicolas Maduro, must have been drooling; His Colombian counterpart Ivan Duque has called Venezuela’s government a dictatorship.

Merlano, Colombia’s first and ever politician sentenced to prison over election fraud, destroyed any illusion Colombia is a democracy.

Instead, the fugitive politician told in detail how presidents come to power through elections that are rigged by a corrupt elite.

The first-ever and only convict talks

Merlano broke prison in October two weeks after she was sentenced to 15 years in prison in a trial she claimed was a sham from the beginning.

Two weeks after she was arrested in Maracaibo, the politician said that “if I return, I want that before I return everybody knows the truth.”

I am not the only person who would have been prosecuted for corruption, because in every corner, in every region there is a leader buying votes and always in favor of some right-wing candidate. It’s our daily bread. That’s the way people go out on election day to feast, because it’s a day when money comes in from all the politicians, because they sell their vote to anyone who comes, and everybody knows it.

Merlano confirmed that clans formed around elite families, business cartels and organized crime groups ultimately decide who becomes president, and have done so ever since she entered politics at 16.

The gist of the election fraud

It is no secret that in Colombia the majority, or I would say more than 90%, of the Congress of the Republic of Colombia has been elected and is elected by buying votes. There are few who are elected for conviction. All politicians on the right are mostly elected by buying votes, especially in the Caribbean region, which I can testify to.

I can testify that also the most recent presidents, from Uribe to this one, that they too were elected by buying votes and that more than 25 million pesos ($7,500) was invested by each political clan as contribution to their presidential campaigns.

I know the moment and to whom each figure was given, as well as each managing congressman and how much he invested in the presidential campaign to later receive bribes, to later receive the indicative quotas that I believe the Colombian media is not unaware of, that these indicative quotas are those designated by the presidency of the republic through its ministries to the contracting companies, and that these contracting companies give a participatory percentage to the congressmen so that they recover the investment they made in the presidential political campaigns.

If Colombia wants to end corruption, taking down former chief prosecutor Nestor Humberto Martinez would bring down the whole house of cards, according to Merlano and many other critics.

After being the judicial adviser of banking conglomerate Grupo Aval of Luis Carlos Sarmiento and before he was elected chief prosecutor by the Supreme Court, former President Juan Manuel Santos in 2014 appointed him “superminister,” a job that didn’t really come with a description.

He was appointed as the political quota for Odebrecht and Luis Carlos Sarmiento to guarantee that all the contracts given to Odebrecht would be destined to some businessmen who would in turn give the commissions to the congressmen and thus be able to comply with the political quotas that each candidate or each senator or each representative to the chamber of the different right-wing parties contributed, since those on the left never participate in the issue that is popularly known in Colombia as “jam.”

While the so-called “Operation Car Wash” began putting people in prison in 2015 over the bribes they received from engineering firm Odebrecht and others, Martinez returned to Grupo Aval, which was working together with the Brazilians.

A Grupo Aval auditor, who died under mysterious circumstances in 2018, discovered that the conglomerate was engaged in corruption that year.

After the discovery of the corruption network with the Odebrecht issue, the president of the republic understood that it was necessary to place him as the prosecutor general.

Merlano said she never voted in favor of Martinez’ bid to become chief prosecutor in 2016, but no lawmaker did. The Supreme Court elected Martinez from a shortlist put forth by Santos.

Martinez’ election was a disaster. Not only did the chief prosecutor try to cover-up the Odebrecht scandal, he appointed an anti-corruption chief who mediated bribes between congressmen and corrupt Supreme Court magistrates, a scandal that was discovered by the United States’ Drug Enforcement Agency that became known as “the Toga Cartel.”

Once he became prosecutor general he began to cover up the cesspool for every politician, not only of the Caribbean region but from all of Colombia, to cover up all the spaces and all the criminal complaints at the national level of everything that has to do with corruption and could stain the Presidency of the Republic, because it is not just one presidency that is mired, it’s one presidency after another and it is like a house of cards that when one falls, they all fall. He had to guarantee that everything would be covered up.

Unlike Merlano, Martinez has so far gotten away with the slew of criminal activity he has been accused of. The former persecutor general was not the first though.

Martinez’ predecessor, Luis Eduardo Montealegre, was involved in a major financial scandal and two of former President Alvaro Uribe‘s chief prosecutors have been tied to paramilitary groups. All are free men.