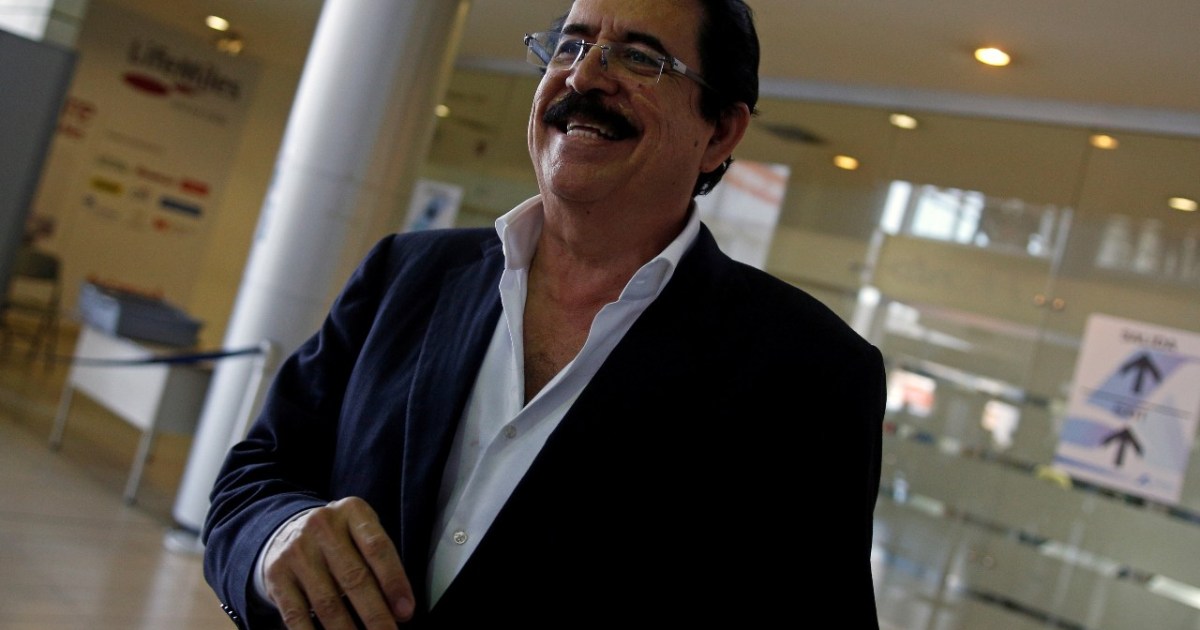 Manuel Zelaya says he had been ‘unjustly’ detained at Toncontin International Airport and denies he owned the $18,000 in cash.

He remains active in politics as leader of the leftist Partido Libertad y Refundacion (Liberty and Refoundation Party) and his wife ran in presidential elections in 2013 [File: Jorge Cabrera/Reuters]

Former Honduran President Manuel Zelaya said on Friday that he had been “unjustly” detained at the Central American nation’s Toncontin International Airport for carrying $18,000 in cash, which he said was not his.

“I don’t know the origin of that money. Obviously, someone must have put it in my belongings. I have travelled 400 times and I know that you cannot travel with that amount of money. It is necessary to investigate who put that money in my belongings,” Zelaya told local media.

Earlier, he wrote on Twitter that he had been “unjustly detained”.

“The reason, a bag of money with $18,000, which is not mine. Now in the presence of the prosecutor,” Zelaya wrote. He said he was stopped at immigration control in Toncontin airport after a search of his carry-on luggage.

A spokesman for Honduras’ public prosecutor’s office said Zelaya was “not detained”.

“What is happening is what the law says, which means documenting [what happened] and once that is complete and signed by former President Zelaya, where he states the money is not his, he can easily go,” spokesman Yuri Mora told Reuters News Agency.

Zelaya, who led Honduras from 2006 to 2009 and was an ally of late Venezuelan leader Hugo Chavez, was deposed by the military in a June 2009 coup as he was preparing to hold a referendum on presidential re-election, which his opponents said was a ploy to stay in power.

He has remained active in politics as leader of the leftist Partido Libertad y Refundacion (Liberty and Refoundation Party) and his wife ran in presidential elections in 2013.

The former president told local media that he planned to travel to Houston, Texas on a layover before flying to his final destination, Mexico, where he is set to give a conference on Saturday.

Laws aimed at controlling trafficking and money laundering allow for a maximum of $10,000 to be taken out of the country, which must be declared to authorities.