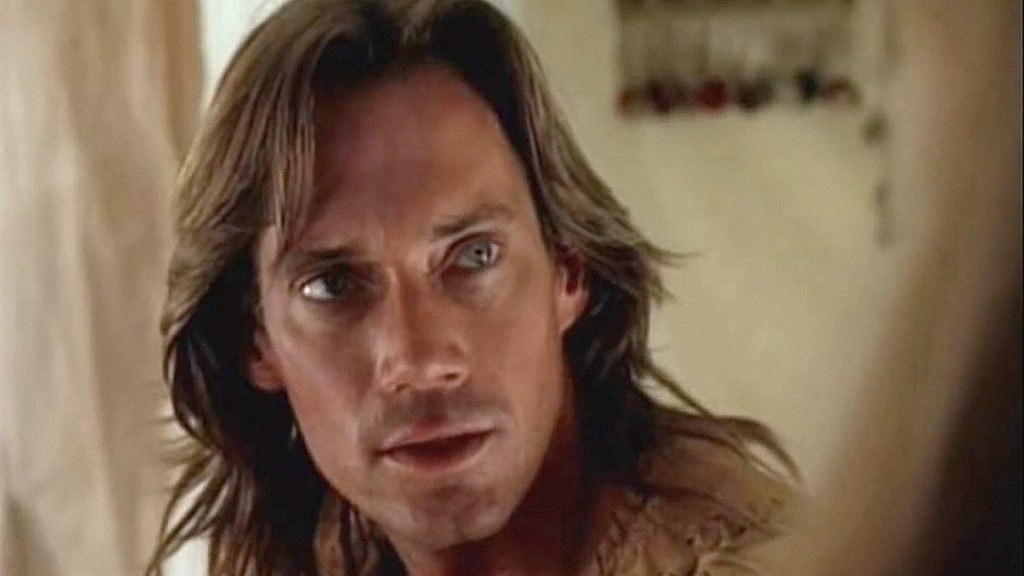 Fox Nation host David Webb sat down with Kevin Sorbo, the star of the popular television series “Hercules,” to talk about his self-described “hardcore faith-based…Second Amendment’ movie, “The Reliant,” as well as life in Hollywood as a conservative.

“Hollywood’s not just left or right. There are people that work in the industry, people with different beliefs, people with conservative beliefs, but they’re being pushed out. And I hear too many of those stories,” said Webb on the latest episode of “Reality Check with David Webb.”

“When I sort of came out of the conservative closet, so to speak, I’ve always been a conservative, my wife warned me… ‘This is probably going to hurt your career,'” said Sorbo.  “And it did hurt my career. But thank God there’s an independent world out there as well that keeps me busy. I’ve been averaging three, four movies a year for the last 15 years.”

Soro, 61, has charted a career spanning four decades in the entertainment industry.  He is best known for starring as Hercules in the hit television series, “Hercules: The Legendary Journeys,” which ran for six seasons.  He also played starship captain Dylan Hunt in the science fiction series “Andromeda,” among other roles.

More recently, the devout Christian actor has focused on faith-based and independent movies, and he has been very vocal in his criticism of Hollywood for excluding people like him.

“I don’t understand this scream for tolerance and scream for freedom of speech that comes from the left, but it’s all a one-way street,” he said.  “Why can’t we have an open dialog about it? But it’s a difficult road to have to travel … it gets frustrating because … to me, it’s childish and not really fair.”

“It’s strange that it’s a battle that we even have to fight,” he continued. “I have liberal friends. I have atheist friends… We have great talks and great debates. We still go golfing and have a beer.”

Webb said conservatives have long argued that they need to “have a seat at the table” in Hollywood.

“I think it’s opening up and certainly starting to happen a lot more than it used to. But we need to be realistic. It’s still a capitalist business,” said Sorbo, arguing that consumers need to demand different offerings from the studios.

Speaking about this new movie, “The Reliant,” Sorbo said that the film focused on values that resonate with many Americans.

“The movie deals with the economic collapse of America. Think Venezuela and what’s gonna happen when something like that takes place. So there’s rioting. There’s looting. My house gets targeted by a bunch of bad guys. They’re a family of faith, but they’re also pro-Second Amendment. And they have guns in the house, too, when they get shot at. They shoot back,” said Sorbo describing the plot of the new film.

“I see a tie here between the Second Amendment argument and, of course, people trying to restrict rights in this country,” said Webb. “And the other type of revolution I think we need is a cultural revolution in the sense of getting back to the basic values, back to American values.”

To watch all of David Webb’s conversation with Kevin Sorbo, go to Fox Nation and sign up today.

Fox Nation programs are viewable on-demand and from your mobile device app, but available only for Fox Nation subscribers. Go to Fox Nation to start a free trial and watch the extensive library from Tomi Lahren, Pete Hegseth, Abby Hornacek, Laura Ingraham, Greg Gutfeld, Judge Andrew Napolitano and many more of your favorite Fox News personalities.