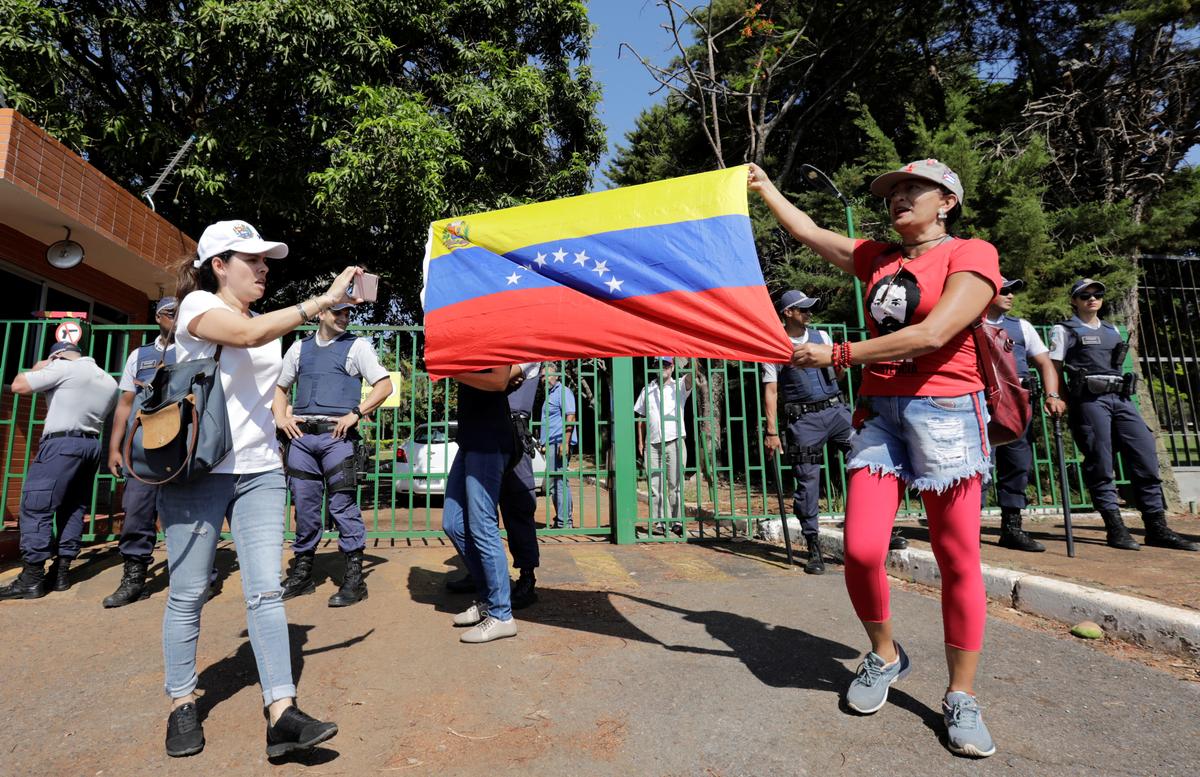 BRASILIA (Reuters) – Supporters of Venezuelan opposition leader Juan Guaido gained access to the country’s embassy in Brasilia on Wednesday morning, leading to a standoff with backers of leftist President Nicolas Maduro, according to diplomatic representatives.

The confrontation threatened to create a diplomatic crisis just as the BRICS summit of major emerging economies kicked off in the Brazilian capital. The embassy standoff highlights stark differences between Brazilian President Jair Bolsonaro, who has recognized Guaido as Venezuela’s leader, and Maduro’s Chinese and Russian allies, who are meeting with Bolsonaro this week.

Venezuelan Foreign Minister Jorge Arreaza said the embassy had been “invaded by force at dawn” and called on Twitter for Brazil to respect the Vienna Convention on diplomatic relations.

Guaido’s envoy in Brazil, María Teresa Belandria Expósito, said in a statement that her personnel had gained access when a group of embassy workers opened the doors voluntarily.

By mid-morning, roughly a dozen Guaido representatives in white dress shirts and dark pants could be seen circulating inside the Venezuelan embassy, according to a Reuters witness.

Maduro supporters, many of them Brazilians, also descended on the embassy to protest what they called an illegitimate invasion. Some of them entered the complex in an effort to expel Guaido’s representatives, but there were no immediate signs of violence inside.

A Brazilian diplomat and police officers responsible for embassy security in Brasilia were dispatched to the scene, according to Brazil’s Foreign Ministry.