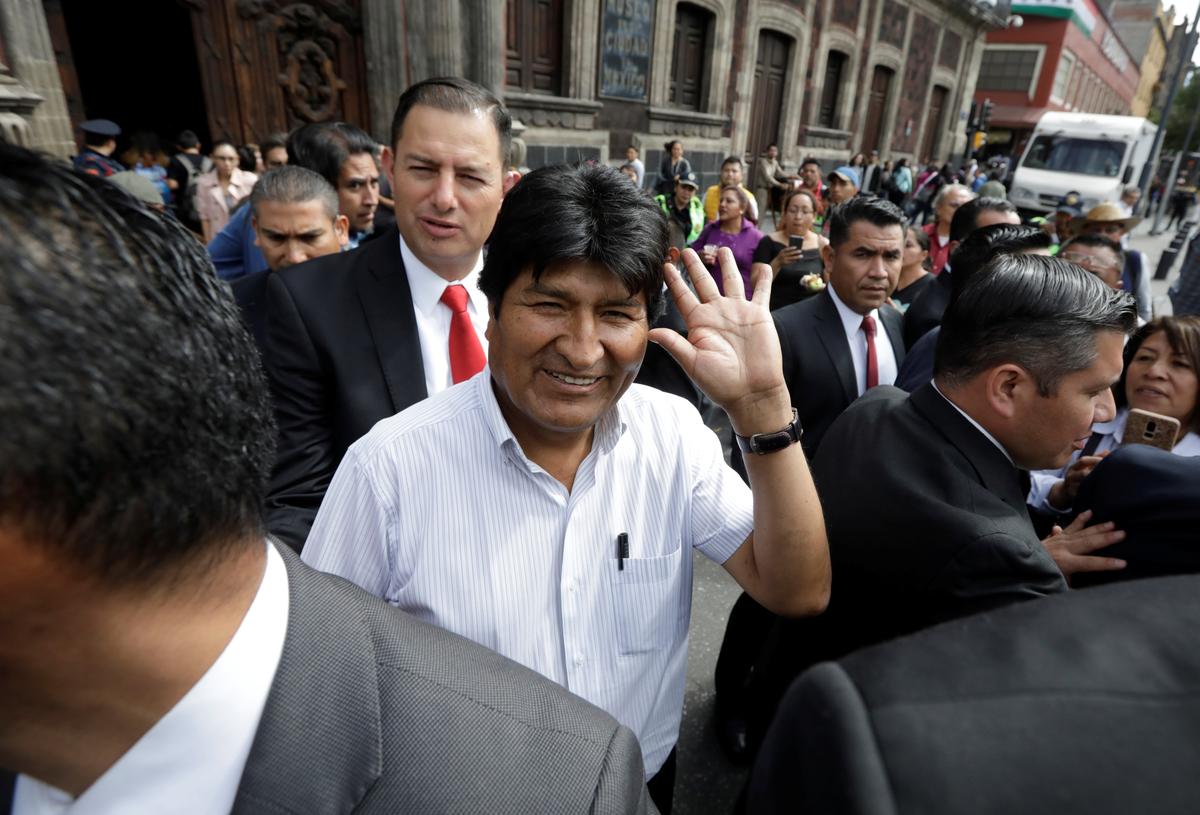 MEXICO CITY (Reuters) – Mexico’s decades-long history of sheltering political exiles was thrust into the spotlight this week as Bolivia’s Evo Morales was granted asylum and flown to the Mexican capital on Tuesday morning in a government plane amid fears his safety was at risk at home.

Morales, who declared victory in a widely disputed presidential election last month before being forced out amid protests, is the latest in a long line of leaders and agitators to have taken refuge in Mexico.

Here are some of Morales’ famous predecessors:

Cuba’s revolutionary poet and essayist Jose Marti, a central figure in the island’s 19th-century independence struggle, was exiled in the early 1870s. By 1875, he had settled in Mexico. In Mexico City, he wrote for several newspapers, but after a few years grew disenchanted with the country’s military government and left for Guatemala.

Leon Trotsky, a leader of Russia’s Bolshevik revolution who later emerged as a prominent communist theorist, was exiled from the Soviet Union in 1929 after losing a power struggle to Joseph Stalin. Following stints in Turkey, France and Norway, Trotsky was granted asylum in Mexico in 1936.

He died in Mexico City’s Coyoacan neighborhood a day after a Stalinist spy delivered a crushing blow to his head with an ice ax.

Some 20,000 Spaniards were ultimately granted exile in Mexico, including prominent politicians, intellectuals and luminaries such as filmmaker Luis Bunuel.

Mohammad Reza, the deposed shah of Iran, was the son of the Pahlavi dynasty’s founder. He fled Iran in early 1979 after the Islamic revolution swept Ayatollah Khomeini to power, living in exile in Mexico for a time between stints in the Bahamas and Egypt.

His stay in the Mexican city of Cuernavaca was approved by President Jose Lopez Portillo and reportedly arranged months earlier by then-U.S. Secretary of State Henry Kissinger.

Winner of the 1992 Nobel Peace Prize, Guatemala’s Rigoberta Menchu sought and received asylum in Mexico in the early 1980s. The indigenous humans rights activist was persecuted by the country’s then-military government, which she denounced for committing atrocities. She organized international opposition to the military junta from her adopted home in Mexico.

Menchu returned to Guatemala for the first time in 1988, after a civilian government took power. Her Nobel medal remains on display in Mexico City’s Templo Mayor museum, which houses one of the country’s most important collections of Aztec artifacts.