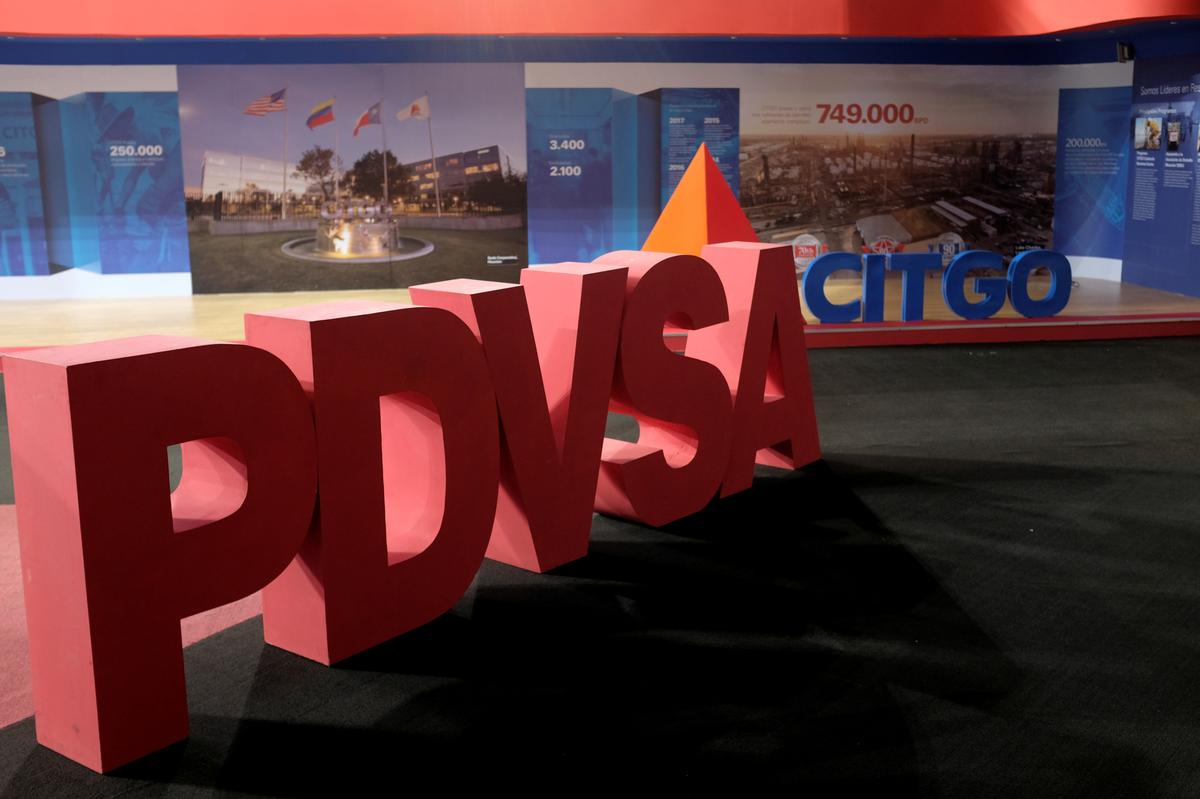 (Reuters) – Venezuela’s state-run oil company PDVSA this week plans to discharge nearly 1 million barrels of crude stranded for over a year at sea over U.S. sanctions against the company and an ownership dispute with its refining unit, Citgo Petroleum, according to internal documents viewed by Reuters.

At one point last year there were about a dozen cargoes in similar straits, either unauthorized to set sail for exports or returned to PDVSA by their buyers after long waiting times for the ships’ crews and operators.

PDVSA had denied the vessel Gerd Knutsen authorization to set sail, leaving it stuck in Venezuelan waters since early 2019. During that time, the state-run firm had categorized the cargo as “floating storage” while fighting Citgo, the intended buyer of the oil, over its ownership.

“This tanker will discharge diluted crude oil. It has been anchored at the Pozuelos Bay since Jan. 23, 2019,” said a PDVSA February scheduling document, referring to a bay near Jose terminal, Venezuela’s main oil port, and viewed by Reuters.

Knutsen Group, the owner of the tanker, did not respond to a request for comment outside of normal business hours.

PDVSA did not respond to a request for comment. U.S. attorneys who represented the company before a Delaware court in the ownership dispute did not reply to requests for comment.

A Citgo board named by Venezuelan President Nicolas Maduro last year sued the opposition-linked board currently running the company in a U.S. court for control of the refining firm, and lost the case. In August, a Delaware court vice chancellor affirmed the opposition-linked board’s right to control Citgo, though the Maduro board appealed the ruling.

The United States and about 50 other countries do not recognize Maduro as Venezuela’s legitimate president.

In December, the opposition-linked board sought a court order to prevent the tanker from discharging the oil in Venezuela, after the Maduro-linked board delivered a letter to the Gerd Knutsen’s captain requesting it return the $57 million crude cargo to PDVSA.

On Dec. 17, the Delaware Court of Chancery ruled that the Maduro board’s actions were “legally invalid” and instructed the opposition-linked board to deliver a copy of the ruling to the Gerd Knutsen’s captain.

Nonetheless, the tanker moved earlier this month to Jose port, where it began discharging on Feb. 12, according to Refinitiv Eikon vessel tracking data.