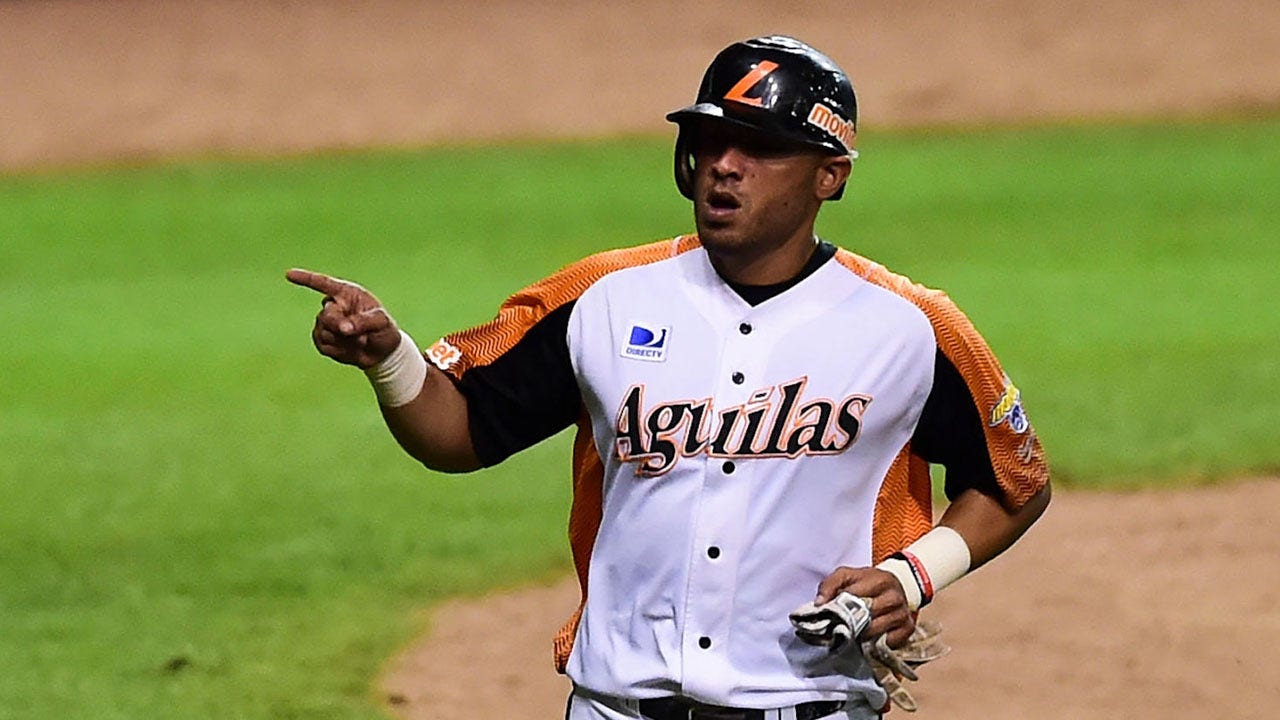 An ugly brawl broke out during a Venezuelan Professional Baseball League game Wednesday night after frustrated former MLB player Alex Romero swung at a catcher several times while at bat.

A video posted to Twitter showed the moment Romero, an outfielder for Aguilas del Zulia who played two seasons with the Arizona Diamondbacks in 2008 and 2009, used his baseball bat to attack Caribes de Anzoategui catcher Gabriel Lino.

A pitch from Angel Nesbett in the eighth inning had landed behind Romero’s back.

All three players were ejected from the game, including Minnesota Twins infielder Willians Astudillo and two others who got involved, Yahoo Sports reported.

According to the report, the fight followed another bench-clearing brawl in the seventh inning triggered when a Caribes’ player was hit by a pitch following back-to-back home runs for the team. Three players and Caribes’ manager Jackson Melian were subsequently ejected.

The night ended with five batters being hit and nine players tossed from the game.

Many major league players use the Winter League in Venezuela to hone their skills in the offseason, but this year the MLB cut ties with the league following broad sanctions from the White House aimed at forcing President Nicolás Maduro from power.

The financial measures banned U.S. individuals and companies from dealing with Maduro’s government, such as the state-run oil firm PDVSA, which until recently sponsored the Venezuelan baseball league. Taking heed, the MLB told its players not to take the field in Venezuela.

Alex Romero of Aguilas del Zulia from Venezuela celebrates after scoring against Alazanes de Granma from Cuba during their Caribbean Baseball Series at the Tomateros stadium in Culiacan, Sinaloa State, Mexico, on Feb. 4, 2017. (RONALDO SCHEMIDT/AFP via Getty Images)

In November at the start of the season, U.S. officials announced changes to its sanctions, allowing U.S. citizens and residents to be paid and pay taxes on money earned from the government of Venezuela.

The following month, the U.S. Treasury issued a license to the league that would allow MLB players to participate, the Wall Street Journal reported. But the MLB hasn’t announced any changes that would affect its players as it reviews the license.

Under the current policy, contracted players would not be allowed to participate in the league. It was not immediately clear how Astudillo was permitted to play. He signed a one-year contract with the Twins in March.

Fox News’ Ryan Gaydos and the Associated Press contributed to this report.