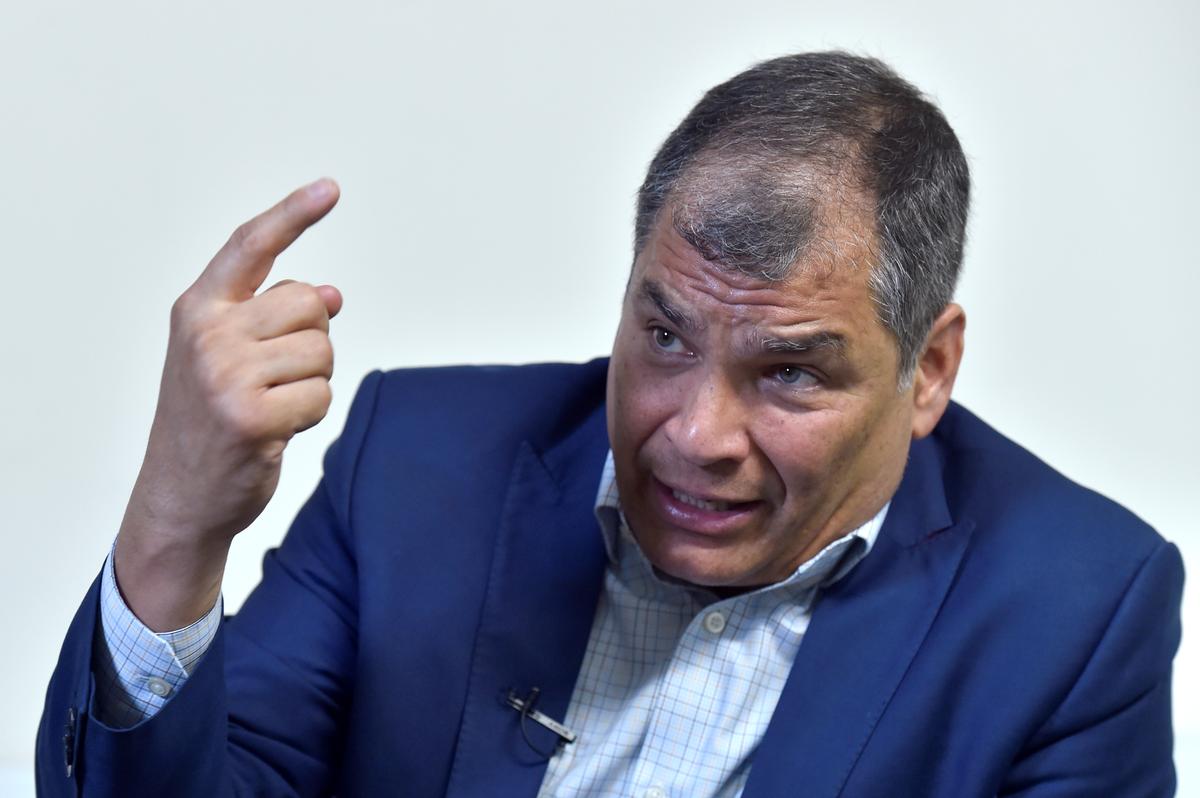 BRUSSELS (Reuters) – Ecuador’s former president Rafael Correa denied on Tuesday he was orchestrating a coup against the government from his self-imposed exile in Belgium, after being accused of stoking the worst unrest there in years. in the Andean oil producer.

Protests over an end to fuel subsidies have erupted across the country, prompting President Lenin Moreno to accuse Correa, his predecessor and one-time mentor, of trying to overthrow him with help from Venezuela’s President Nicolas Maduro.

“They are such liars … They say I am so powerful that with an iPhone from Brussels I could lead the protests,” he told Reuters, holding up his mobile telephone. “People couldn’t take it anymore, that’s the reality,” he said, referring to austerity measures brought in by Moreno with support from the IMF.

Moreno has abandoned the leftist policies of Correa’s time as president from 2007 to 2017, a rare period of stability for a country accustomed to political turmoil but which ended in corruption allegations, which Correa denies.

Thousands of indigenous protesters have marched into the capital for a sixth day after Moreno announced a measure to eliminate fuel subsidies to reduce the fiscal deficit. A national strike is planned for Wednesday.

In a defiant national television address on Monday evening, Moreno, who has left the capital Quito, said he would not back down on the fuel price hike in the face of what he called a “destabilization plan” orchestrated by Correa and Maduro.

Correa, who lives in Belgium, has fiercely criticized Moreno, including with a video circulating on social media where he sings “Ecuadoreans, to the streets … Goodbye, Lenin!”

Sitting in an empty office with an Ecuadorean flag and his official photograph as president, Correa said he would be ready to return, possibly as a candidate for vice president, if new elections were called.

“If it’s necessary, I will go back. I would have to be a candidate for something, for example, vice president,” said Correa, who said he earns a living in Brussels partly consulting for the Venezuela government and for Russia’s RT channel, which is backed by the Russian state.

“From there, we would need a constituent assembly,” he said, although he declined to give details about any future government policies.