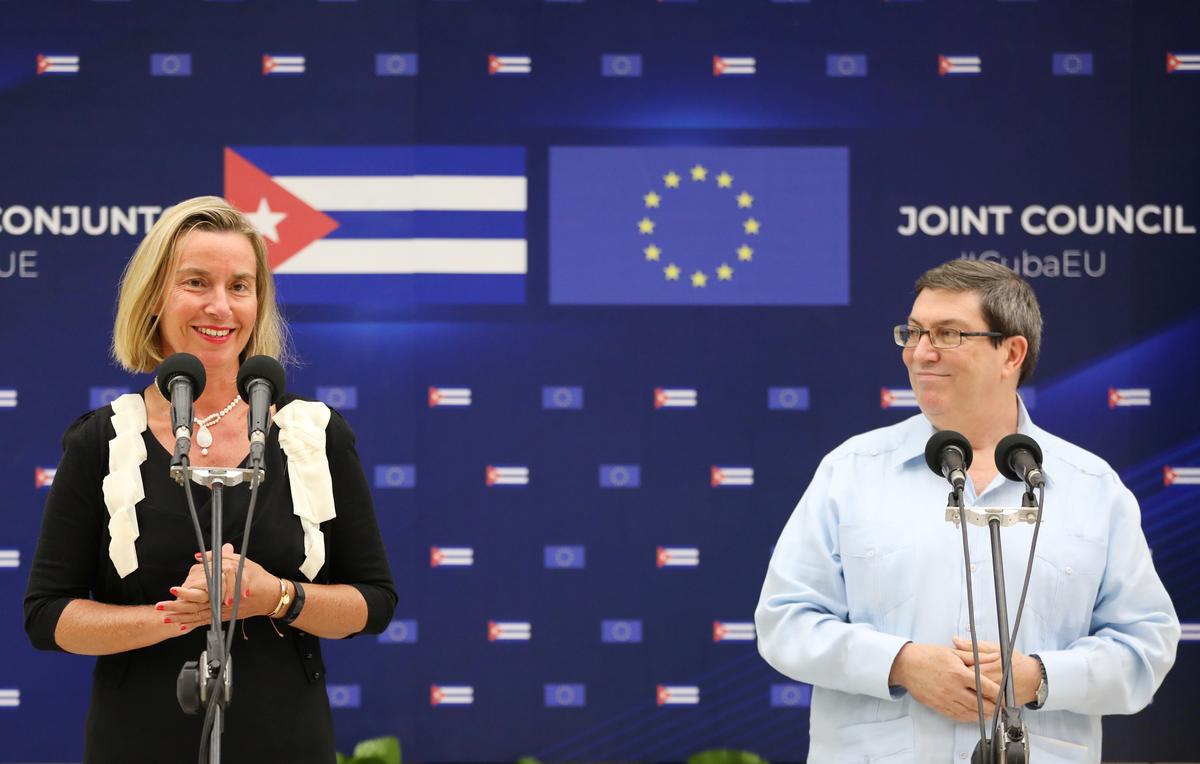 HAVANA (Reuters) – The European Union is committed to helping Cuba develop its economy, EU foreign policy chief Federica Mogherini said on Monday during a three-day trip to Havana, even as the United States hikes sanctions on the Communist-run island.

The EU started normalizing relations with one-party Cuba about the same time as the United States five years ago, ending decades of Cold War-era hostility.

But EU and U.S. policies have diverged as U.S. President Donald Trump has unraveled the detente pursued by his predecessor. He has reverted to seeking to coerce the government to reform, a strategy that many experts say has long failed.

The aid is welcome in an ailing economy – one of the last Soviet-style command economies in the world – struggling with tighter U.S. sanctions and lower aid from leftist ally Venezuela in the wake of its own economic and political crisis.

Europe could help Cuba update its economy, Mogherini said. Investment would also help European companies consolidate their foothold on the island as it opens up.

The official said the two countries already held bilateral talks on topics like sustainable development and human rights within the framework of a political dialogue and cooperation agreement agreed in 2017.

“We have also continued the dialogue on the situation in the region and cooperation, on Venezuela in particular,” she said.

Cuba is a strong ally of leftist President Nicolas Maduro, whom most Western nations want to step down in favor of opposition leader Juan Guaido, arguing his election was fraudulent and there must be a new vote.

Several opposition groups have called for the EU to suspend its cooperation agreement with Cuba due to what the groups call an increase in repression on the one-party island.

They accuse authorities of raiding dozens of activists’ homes and detaining more than 100 people in recent weeks alone.

Cuban authorities dismiss dissidents, who have limited support inside the island, as a tiny minority of provocateurs financed by the United States to subvert the government.

EU officials say they believe they can better influence Cuba on human rights through dialogue than coercion.