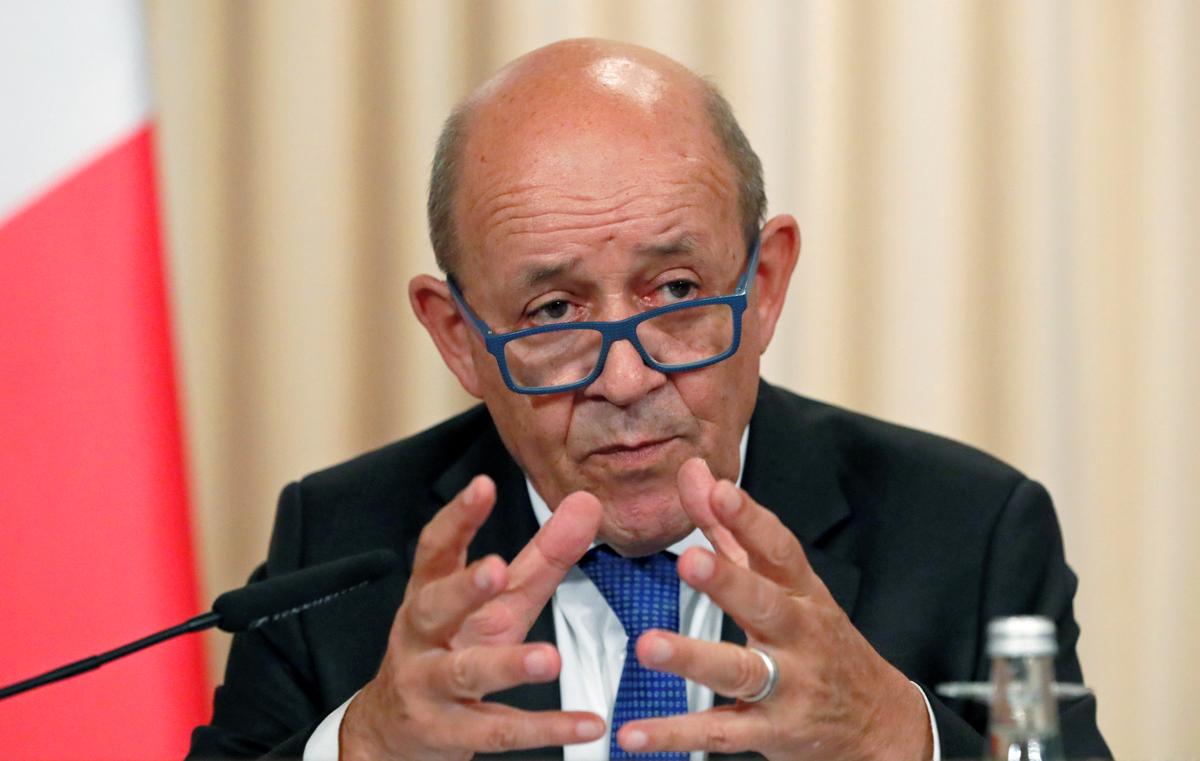 LUXEMBOURG (Reuters) – European Union governments agreed on Monday to limit arms exports to Turkey over its offensive in northern Syria, stopping short of a bloc-wide embargo on a NATO ally.

Italy, the top arms exporter to Turkey last year, said it would join a ban on selling weapons and ammunition to Ankara after a weekend decision by France and Germany to suspend sales, and Spain signaled it was ready to do so.

With a host of other countries including the Netherlands, Finland and Sweden halting such exports, the EU’s collective position was mainly aimed at avoiding a legally-binding embargo on Turkey, a longtime candidate to join the bloc.

A full embargo would have grouped Turkey with Venezuela and Russia, countries where the EU has a formal ban and views them as hostile, a move diplomats said ministers were not ready to take despite anger at President Tayyip Erdogan.

“We do not wish to support this war and do not want to make arms available,” German Foreign Minister Heiko Maas told reporters.

In their statement after a four-hour-long debate in Luxembourg, ministers agreed to “commit to strong national positions regarding their arms export policy to Turkey.”

Via Facebook, Italian Foreign Minister Luigi Di Maio said on the sidelines of the meeting: “In the next few hours, Italy too will sign a ban on the export of arms to Turkey”.

The Turkish lira slid 0.8% on Monday in the face of U.S. and European threats of sanctions, though skeptical traders said it would weaken much further if Western allies turned words into action over Turkey’s incursion in Syria.

Turkey’s ambassador to the United Nations in Geneva, Sadik Arslan, an former Erdogan adviser, dismissed the EU measures as “a joke.” He told reporters: “We have enough of an industrial base to substitute them with our much better systems.”

The EU exported 45 million euros ($50 million) worth of arms and ammunition to Turkey last year, including missiles, according to EU statistics office Eurostat, with Italy the main vendor, followed by Spain, Britain and Germany.

Sales of aircraft to Turkey, although not all military, amounted to 1.4 billion euros last year, according to Eurostat, led by France. The EU is the top foreign investor in Turkey.

With few ways to persuade Turkey to step back, EU ministers issued a statement condemning Turkey’s offensive, which aims to neutralize the Syrian Kurdish YPG militia, a former U.S. ally seen by Ankara as a terrorist group aligned with Kurdish insurgents in Turkey.

That statement was seen as progress for the bloc, given early resistance from Hungary. While not a major arms exporter to Turkey, Budapest is wary of doing anything to anger Erdogan, who last week warned that he would “open the gates” and send 3.6 million refugees to Europe if it did not back him.

Foreign ministers also agreed to draw up economic sanctions on Ankara over Turkish oil-and-gas drilling near Cyprus, although names will come at a later stage.

Cyprus and Greece have pushed for sanctions against Ankara, and EU governments decided to side with them, diplomats said.

The EU asset freezes and travel bans are likely to target the Turkish military and captains of the drilling ships, two EU diplomats said.