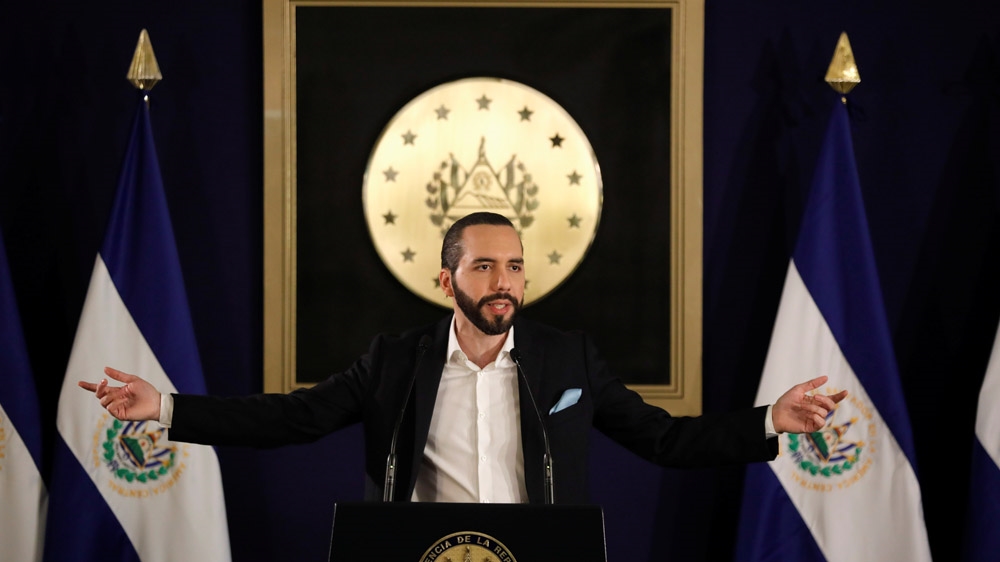 El Salvador‘s government has announced the expulsion of Venezuela’s diplomatic corps and gave them 48 hours to leave the country.

In a statement shared by President Nayib Bukele on Twitter on Sunday, the government explained the decision aimed to be coherent with previous declarations of Bukele where he has “repeatedly” not recognised the legitimacy of Venezuela’s President Nicolas Maduro.

“In the near future, El Salvador awaits the receipt of credentials for Venezuela’s new diplomatic representation”, the statement said.

A number of countries, including the United States, Brazil, Colombia and Chile, recognised Guaido as Venezuela’s leader after he declared himself interim president in January, saying that Maduro’s re-election was illegitimate.

The US ambassador to El Salvador, Ronald Johnson, quickly backed the move.

“We applaud the government of Nayib Bukele for ensuring that El Salvador is on the right side of history by recognising Guaido as the interim president of Venezuela,” he said on Sunday.

“The Venezuelan people have the right to elect a president and a government that works for the welfare of their people, instead of serving personal interests.”

The decision came days after the US government extended temporary protection for Salvadoran people living in the country by an additional year.

The Temporary Protected Status (TPS) was provided to citizens of the Central American country following  two devastating earthquakes in 2001 that killed 8,000 people and left hundreds of thousands homeless.