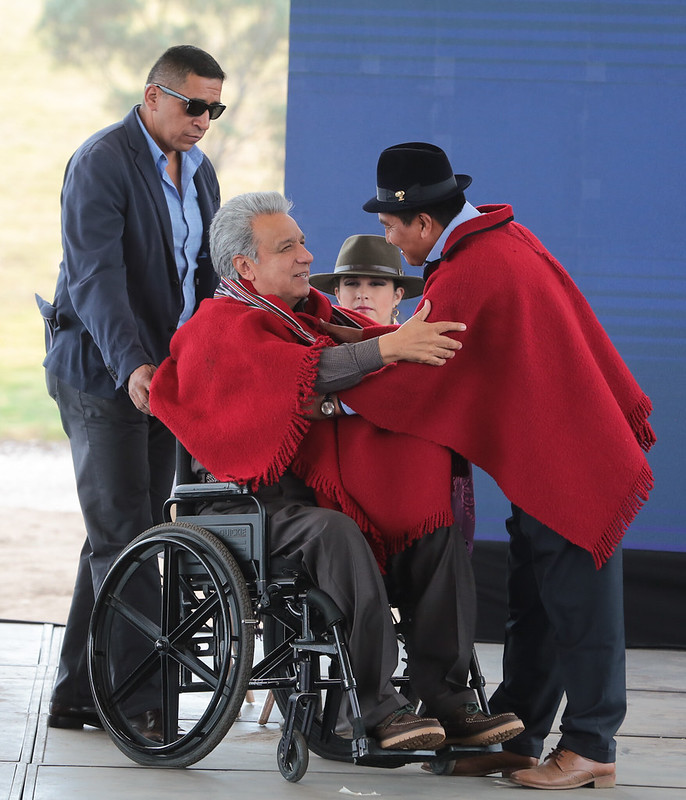 Ecuadorean President Lenín Moreno’s agreement with opponents to rescind the austerity measures that sparked the recent crisis has restored calm but leaves his government irreparably weakened. The immediate trigger of the crisis was the president’s announcement on October 1 of a package of austerity measures aimed at reducing the fiscal deficit as part of his government’s $4.2 billion credit agreement with the International Monetary Fund. The key measure was elimination of a $1.3 billion gasoline subsidy expected to result in a 25-75 percent increase in the price of gasoline. Transport unions, student groups, and thousands of members of the country’s largest indigenous organization, the Confederación de Nacionalidades Indígenas del Ecuador (CONAIE), took to the streets, paralyzing roads around the country and demanding Moreno step down.

The crisis has deeply altered prospects for the Moreno presidency.

Moreno is a lame duck just a little over halfway through his presidency. It is difficult to imagine any policymaking of consequence in his remaining 18 months in office. The government is severely handicapped politically and economically, and the political space for negotiation until elections is almost nonexistent. Moreno’s government is likely to resemble the interim governments of Fabián Alarcón (1997-1998) or Alfredo Palacio (2005-2007), which essentially served as placeholder administrations without ambitious policy agendas. Against all odds, Moreno – with a legislative minority – neutralized Correa and shifted government policy to the right during his first two-plus years in office, which throws his failure to remove the subsidy into sharper relief.