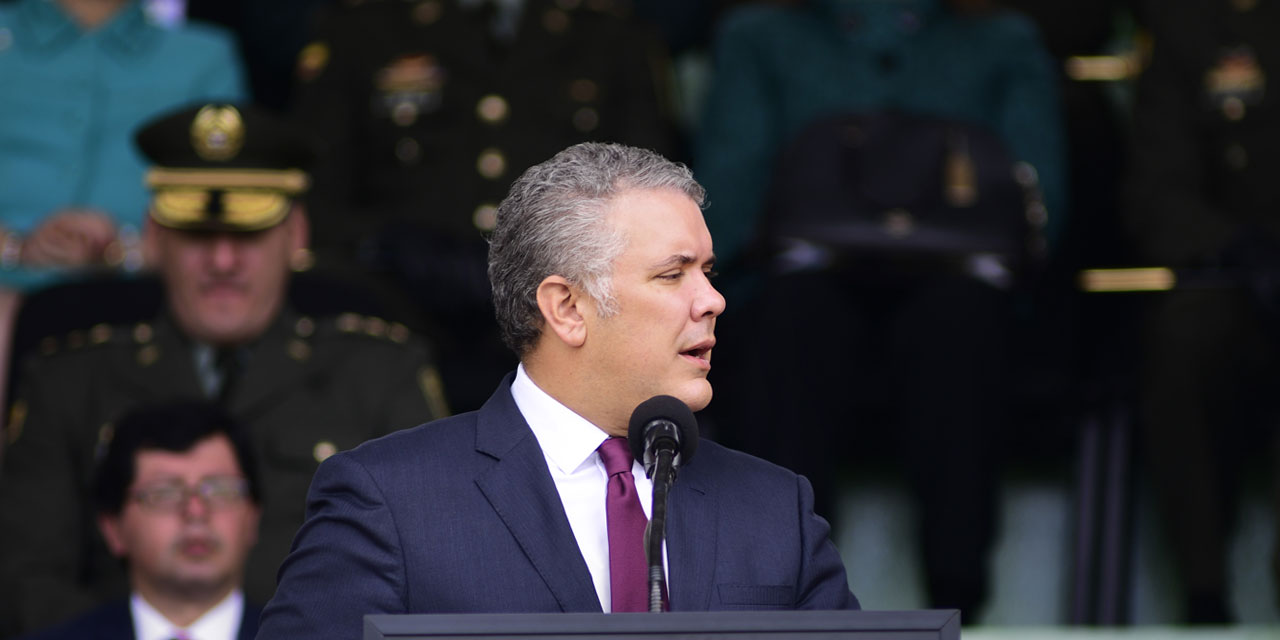 President Ivan Duque‘s refusal to comply with a Supreme Court order to curb police brutality has put Colombia’s democracy at risk of violent chaos rather than a dictatorship.

Unlike Venezuela’s Nicolas Maduro, for example, Colombia’s government does not have the institutional capacity to sustain a dictatorship or any kind of authoritarian regime.

Duque’s weakness makes it more likely the president loses control as so many overly arrogant presidents have done before him.

Democracy is never perfect, but it does provide channels to peacefully express dissent, for example through the right to vote and the freedom of expression.

Repressing peaceful and democratic opposition as the government has been doing only opens the door to violence, especially in Colombia and especially now the economy is in crisis.

Duque and his defense minister Carlos Holmes Trujillo appear to underestimate how allegations of corruption and their ties to organized crime have eroded their legitimacy.

Instead of strengthening democracy as ordered by the Supreme Court, Duque believes he can impose his authority through violent repression without restoring the government’s legitimacy.

Former President Virgilio Barco made this mistake in the 1980’s already and — with the help of guerrillas, narcos and paramilitaries — put the country on the path of self destruction.

Unless the legislative branch steps in to support the Supreme Court’s effort to correct the government, Duque will only recreate the chaos that guerrilla and paramilitary groups historically have used to impose order at the cost of the State.

The defense minister knows this as Trujillo was interior minister in 1997 when paramilitaries formed the AUC in response to the guerrilla onslaught that followed Barco’s “total war” on “subversives.”

Social unrest has never and will never be violently repressed, especially not by a defense minister whose ineptitude is at the root of the government’s legitimacy crisis and a police force that is too corrupt to uphold the law.

Only by strengthening democracy, Colombia’s opposition will be able to help the government channel social unrest and prevent a new era of violent chaos.