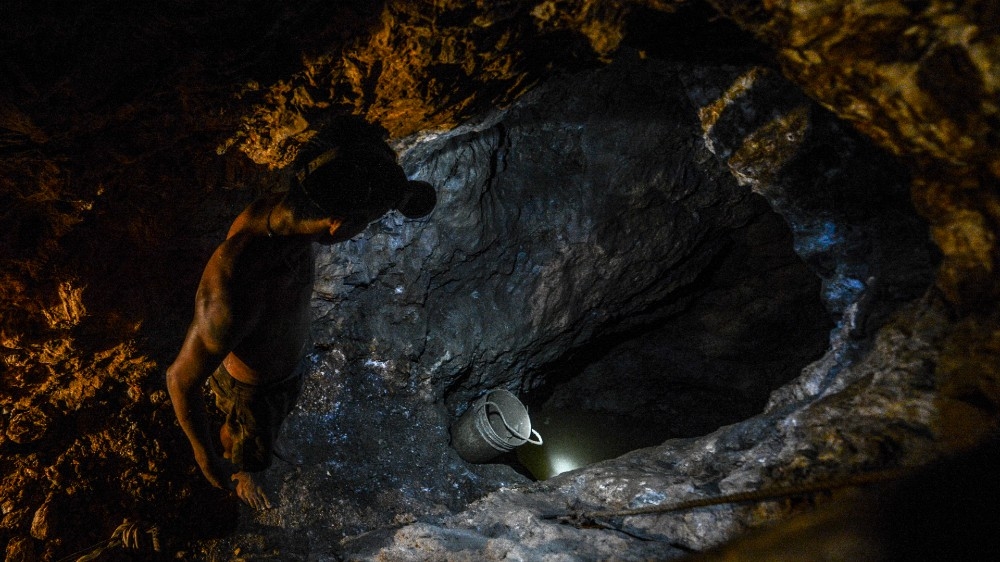 The miners who include young children lack employment contracts and are exposed to mercury contamination and malaria [File: AFP]

Some gold, diamond and bauxite mines in the Venezuelan Amazon are controlled by criminal groups that exploit, beat and even kill workers, a United Nations investigation has found.

Venezuelan security and military forces have failed in preventing crimes and, in fact, have participated in some of the violence against the miners, the UN human rights office said in a report (PDF) on Wednesday.

“Despite the considerable presence of security and military forces in the region … authorities have failed to investigate and prosecute human rights violations, and abuses and crimes linked to mining,” UN High Commissioner for Human Rights Michelle Bachelet said in a statement.

“They must also investigate, prosecute and punish those responsible for human rights violations, abuses and crimes.”

Her deputy, Nada Al-Nashif, will present the report on Wednesday to the Human Rights Council, where Venezuela‘s ambassador Jorge Valero is expected to speak.

There was no immediate response from Venezuela, one of the UN body’s 47 members.

#Venezuela: People working in the #ArcoMinero del Orinoco region are caught up in a context of labour exploitation and high levels of violence by criminal groups that control the mines in the area, including who enters & who leaves – 🆕 report. Learn more: https://t.co/20ySk8b213 pic.twitter.com/YI1PGKoZhA

The UN report, referring to an area known as the Orinoco Mining Arc (AMO), said: “Much of the mining activity within and beyond AMO is controlled by organised criminal groups or armed elements.

“They determine who enters and leaves the area, impose rules … and gain economic benefit from all activity within the mining area, including through extortion in exchange for protection.”

Nearly 150 men and women are reported to have died in or around the mines since March 2016, with security forces implicated in half the incidents, it said, adding that the government had not replied to its request for information.

“According to accounts received … bodies of miners are often thrown into old mining pits used as clandestine graves,” it said.

The miners, who include young children, are not given employment contracts and are exposed to mercury contamination and malaria, the report said.

It called for the government of President Nicolas Maduro to regularise mining activities and ensure that they meet international legal and environmental standards.

The Maduro government has supported small-scale mining to bring in revenue amid an economic crisis. Operations expanded after the US increased sanctions meant to force him from power.

Venezuela‘s central bank has not published data since 2018 on gold and other mineral exports, their destination or foreign currency earnings, the report said.

Criminal groups have become more active since concessions for foreign mining companies were terminated in 2011, the report said.