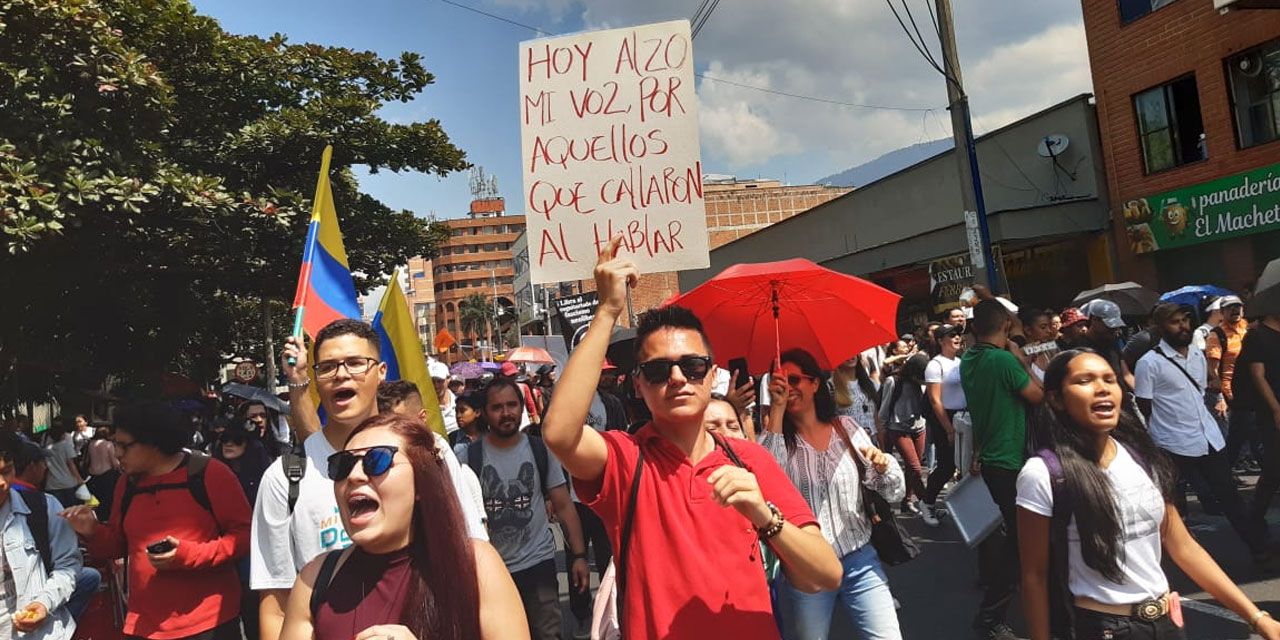 Three unions representing judicial workers announced they would join the strike a day after strike leaders failed to convince the government to negotiate demands.

#Bogotá Thousands passing by Las Nieves on their way to Plaza Bolívar. Neither see the front nor the the end of the march #4DElParoSigue #4DParoNacional #ParoNacional #paro4D pic.twitter.com/CuCZhyUPvZ

Thousands of indigenous guards traveled to Cali where a horseman dressed as Zorro led the main march.

“If Duque remains deaf to the clamor of the people, he runs the risk that tomorrow we will strike with the Avengers,” one protester said on Twitter.

In Medellin, students led the way in another loud, but peaceful demonstrations.

In Catatumbo, a violence-stricken region, farmers blocked roads to demand government compliance with agreements made over investment in the neglected region on the Venezuelan border.

Twitter was dominated by a re-ignited wave of indignation after Congress on Tuesday voted to advance broadly rejected labor and tax reforms that strike leaders explicitly demanded to be revoked.

The blunt move in Congress and the protesters’ response exemplify the defiance of the government and protesters who are basically trying to see who wears down first.

The protesters at the moment are leading this race; according to the most recent polls, the majority of people continue to support the protests and the president’s approval rating is plummeting even further.

Duque cornered himself a week and a half ago already when his initially violent attempts to repress the protests backfired and sparked only more people to take to the streets.

Since then. the government appears to have been improvising without a clear strategy to prevent Duque biting the dust or his government coalition collapsing.

Police in both Bogota and Cali continued to try to repress the peaceful protests on Wednesday, according to human rights defenders, but with considerably more intelligence and less violence than in the first few days of the protests.

Government and strike representatives will sit down again on Thursday.