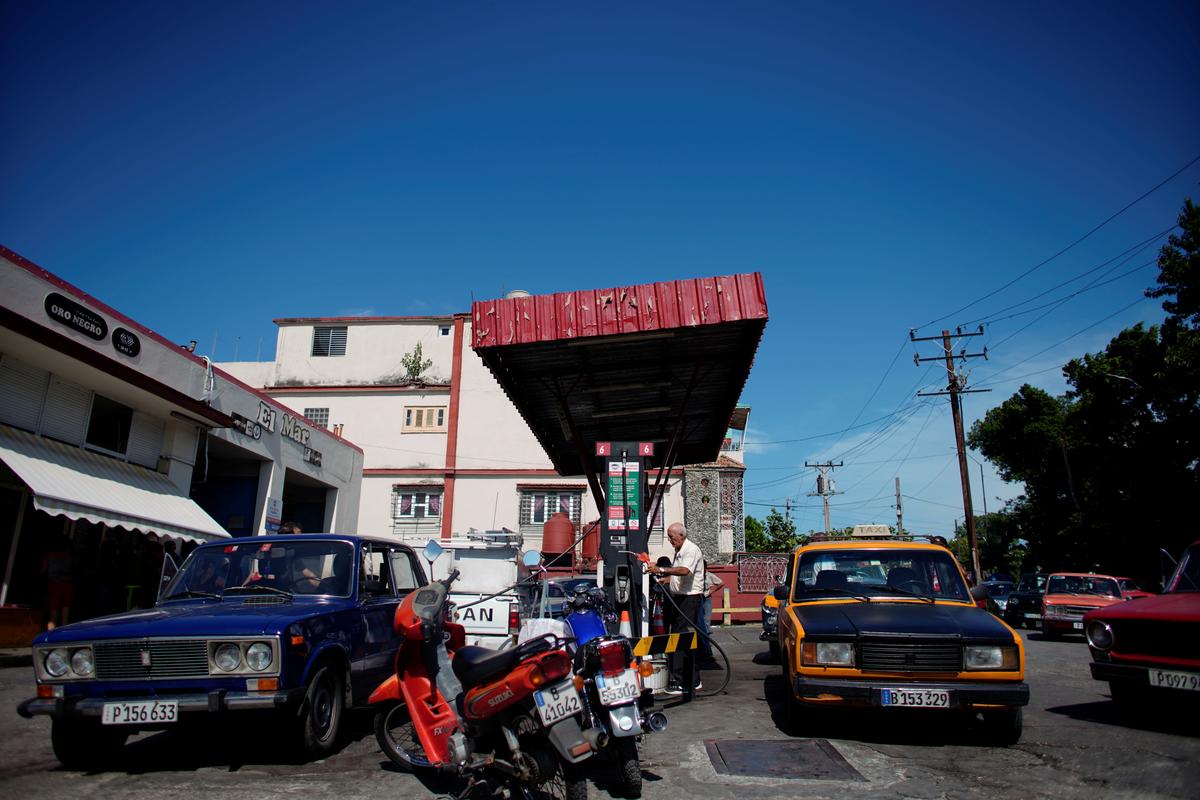 HAVANA (Reuters) – Cuban authorities sought to reassure jittery citizens this week that recent power outages and a fuel shortage were due to temporary problems that were being fixed rather than a broader decline in the economy under heavier U.S. sanctions.

The Communist-run island is battling a cash crunch brought on by a decline in aid from leftist ally Venezuela and lower exports, as well as a tightening of the decades-old U.S. trade embargo, including attempts to block Venezuelan oil shipments.

Sporadic shortages of basic goods are common in the cash-strapped, centrally-planned economy, but have picked up over the past year, with items like flour, chicken and milk becoming scarce for weeks and sometimes months.

Vehicle owners have struggled to locate gas stations in Havana stocked with the upper grades of gasoline in the past few weeks, and when they do they have been forced to queue for hours to tank up.

“This is the third gas station we’ve visited,” Rodolfo Romero said. “And when there is any fuel, there’s a kilometer-long queue.”

Tomás Pérez Álvarez, the head of sales at state-owned oil company Cuba-Petroleo, confirmed on Friday on the midday news broadcast on state television that there had been a deficit in fuel distribution, which he said would be fixed by next week.

He said there has been a 10 percent increase in consumption because there are now more vehicles on the road. The government has imported hundreds of microbuses over the past year to improve public transport.

Cubans have also been complaining on social media of a string of power outages, this time outside the capital, raising for some the specter of a return to the long blackouts of the economic crisis following the fall of benefactor the Soviet Union.

Energy Minister Raul Garcia earlier this week sought to reassure citizens that the outages were due to breakdowns in power plants rather than a lack of oil, and said the problems should be solved by this weekend.

Cuba’s government has become more responsive since it introduced mobile internet, which has given Cubans a public forum to express discontent and directly address authorities.