Posted By: Kate Mayberry 7 months ago 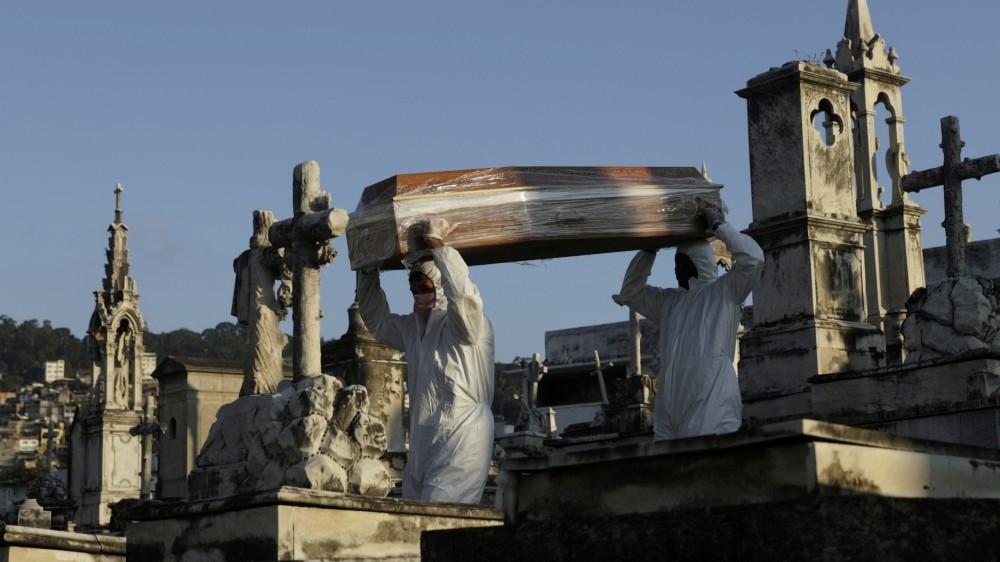 Here are all the latest updates:

Local media in Malaysia are reporting authorities have begin a raid on undocumented migrants in an area of Kuala Lumpur that is under enhanced lockdown.

In a statement, local MP Maria Chin Abdullah, who was distributing food aid when the trucks arrived, urged the authorities to stop using COVID-19 as an excuse to crack down on migrants.

“The prejudice and discrimination they are facing is unacceptable,” she said. “No one should be faced with such indignity especially at a time of crisis like this.”

There have been raids previously in other parts of the city with large populations of migrants.

PJ Old Town was sealed off behind razor wire on May 10 after a spike in coronavirus cases linked to a food market in the area, with no-one allowed in or out. The enhanced lockdown is due to end on May 23.

The Baltic nation of Estonia has started testing one of the world’s first digital immunity passports, according to Back to Work, a coalition of technology firms, medical experts and local government officials which are developing the app.

The device collects testing data and allows people to share their health status with a third party via a temporary QR code.

Taavet Hinrikus, founder of Transferwise and a member of Back to Work, told Reuters the immunity passport was intended to “diminish fears and stimulate societies all over the globe to move on with their lives amid the pandemic.”

Venezuela has imposed new curfews in a number of towns along its border with Colombia and Brazil after a jump in coronavirus cases.

Information Minister Jorge Rodriguez said the country had confirmed 131 new cases in the past 24 hours – the most in a single day – with 110 of those in people who had returned from overseas.

Many Venezuelans have left the country because of economic collapse, finding work in nearby countries including Colombia, Peru and Ecuador. Those returning have to spend 14 days in quarantine in shelters at the border.

US Secretary of State Mike Pompeo on Tuesday praised the Taiwan’s coronavirus response and called it a reliable partner, in a statement congratulating President Tsai Ing-wen on her inauguration for a second term that stood in sharp contrast with recent US criticism of China.

“We have a shared vision for the region – one that includes rule of law, transparency, prosperity, and security for all, Pompeo said in a statement. “The recent COVID-19 pandemic provided an opportunity for the international community to see why Taiwan’s pandemic-response model is worthy of emulation.”

Tsai won a landslide victory in elections held in January and her inauguration ceremony began on Wednesday morning. China claims self-ruled Taiwan as its own.

⚡️ 2020 🇹🇼 inauguration activities are underway in Taiwan, so please join me as I take the oath of office, deliver my inaugural address, & greet friends & allies from around the globe.https://t.co/Rj89TQoRiA

Premier Gladys Berejiklian says people living in New South Wales will be able to take holidays within the Australian state from the beginning of June.

Art galleries and museums will also reopen, but Berejiklian warned people they would need to adapt because some social distancing measures would remain.

“We want people to enjoy themselves, to be free, but at the same time please know that nothing we do is the same during a pandemic,” she said in a televised media conference.

Brazil’s daily death toll from the new coronavirus reached a record 1,179 on Tuesday.

The highest daily toll before that had been on May 12 when 881 people died. The pandemic has killed at least 17,971 people in Brazil, according to the Health Ministry.

Right-wing President Jair Bolsonaro has been widely criticised for his handling of the outbreak, and has been a vocal opponent to coronavirus lockdowns that he sees as too damaging to the economy.

Brazil has third-highest number of cases in the world after the US and Russia.

Read all the updates from yesterday (May 19) here.