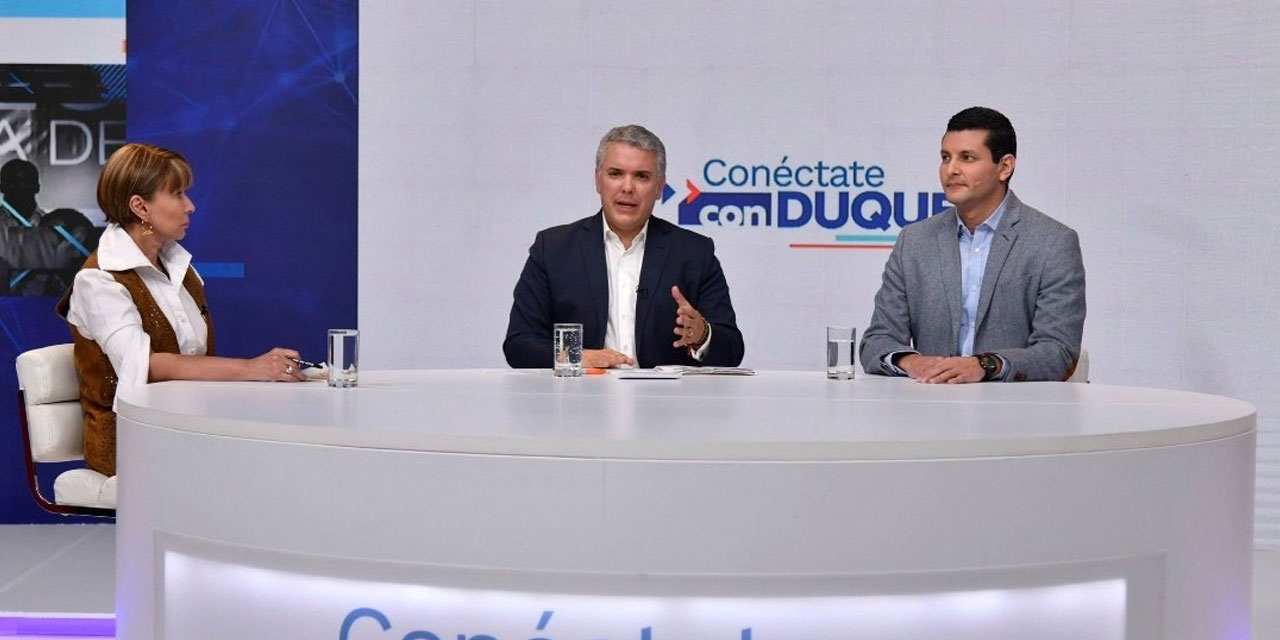 Colombia’s President Ivan Duque introduced his own television program on Sunday only to be compared with his authoritarian Venezuelan counterpart Nicolas Maduro.

The comparison between “Connect with Duque” and “Contact with Maduro” was easily made, not just because of the name.

The settings of both propaganda programs looked eerily similar, social media users pointed out in a flurry of jabs at the unpopular president.

Like Maduro, the Colombian president sought to counter “fake news” and opposition in a television program made to “show results, but also to listen to your proposals.”

The program was shown on the national governments’s channel and on regional public television networks.

“Connect to Duque” is the government’s latest attempt to improve support for the president whose approval rating sank to 26% early this month.

Whether the strategy is successful is debatable; according to the presidential website, the web transmission received 45,000 views.

On YouTube, however, the first hour of the president’s program received only 3,300 views. The second hour of the program was seen by less than 700 people.

Until Sunday, Duque’s primary attempt to muster support for his government was “Constructing Country,” a weekly visit to towns and cities throughout Colombia.

A controversial ICT law that was approved earlier this year has given the Colombian government has almost absolute control over the airwaves, press freedom advocates who have challenged the law warned in August.

After the announcement that public television news program Noticias Uno would be taken off the air, press freedom foundation FLIP warned that the “democratic nature” of the state had come at risk.

The news program, which has been praised for its reporting, will move to cable television network CableNoticias after more than 13,000 people committed to monthly contributions.