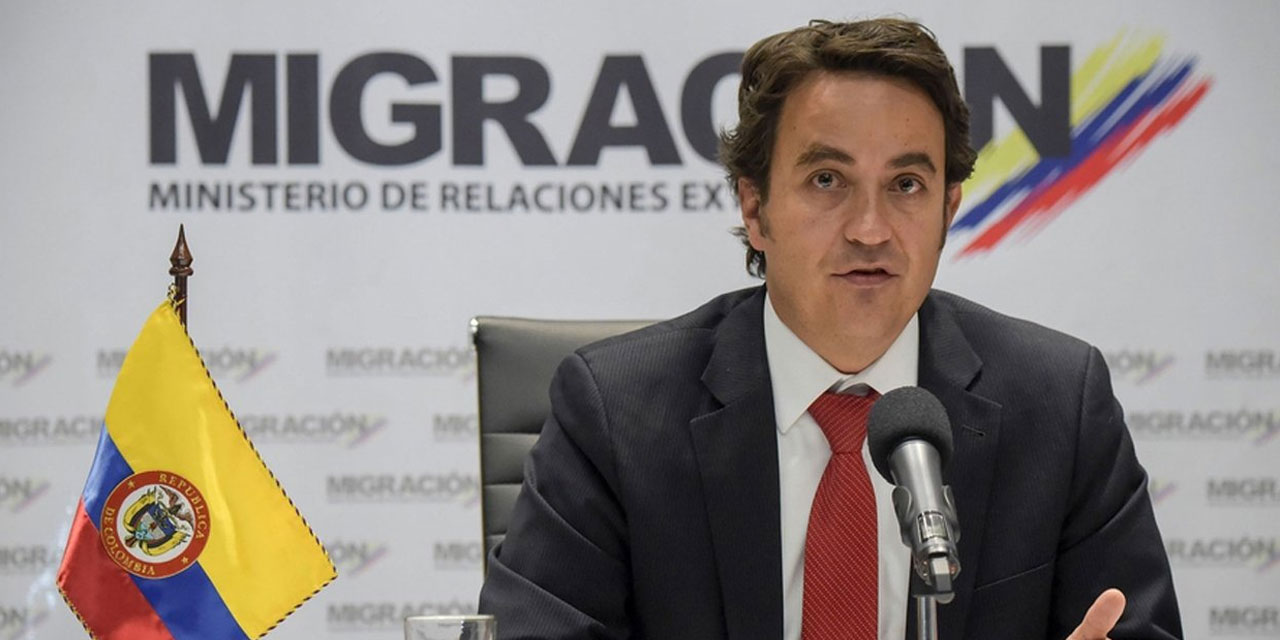 Colombia’s migration chief surprisingly announced his resignation on Sunday amidst a crisis triggered by mass migration from Venezuela and ongoing anti-government protests.

Migration Colombia chief Christian Kruger gave no reason for his surprise resignation, but said that his announcement to resign was “one of the most difficult.”

After more than 5 years at the head of Migration Colombia. After traveling a long road full of teachings, joys and sometimes disenchantment together, today I write these lines, perhaps among the most difficult, to say goodbye to each one of you.

The migration chief took office in 2014 during the administration of former President Juan Manuel Santos. According to newspaper El Espectador, Kruger’s resignation will take effect on January 1.

The Migration Colombia director was one of the few top administration officials who wasn’t replaced in a purge of the executive branch after Duque took office in August last year.

Instead, he continued to lead the government response to the growing migration crisis that began after a 2014 drop in global commodity prices plunged Venezuela in an economic crisis that has since turned into a humanitarian crisis.

After anti-government protests broke out in Colombia on November 21, there was dissonance between the migration office and the foreign ministry, which claimed Venezuelans were involved in incidents of violence without evidence.

The claims fueled discrimination and violence against Venezuelan immigrants of whom Colombia is estimated to be hosting 1.5 million.

Migration said the Venezuelans had been expelled for “discretionary and sovereign” reasons, indicating none of the expelled foreigners were suspected of any crimes, and spoke out against xenophobia.

Kruger’s resignation in the midst of anti-government protests came with a call “not to be overcome by routine, conformism or discouragement.”

It doesn’t matter what fate has in store for us tomorrow, let’s live today and always remember that our obligation is not with a like or social media, but with an entire country that observes us and hopes that we continue innovating, in order to have that great nation that we all yearn for.

According to the outgoing migration chief, Kruger’s plans are to spend more time with his wife and children.