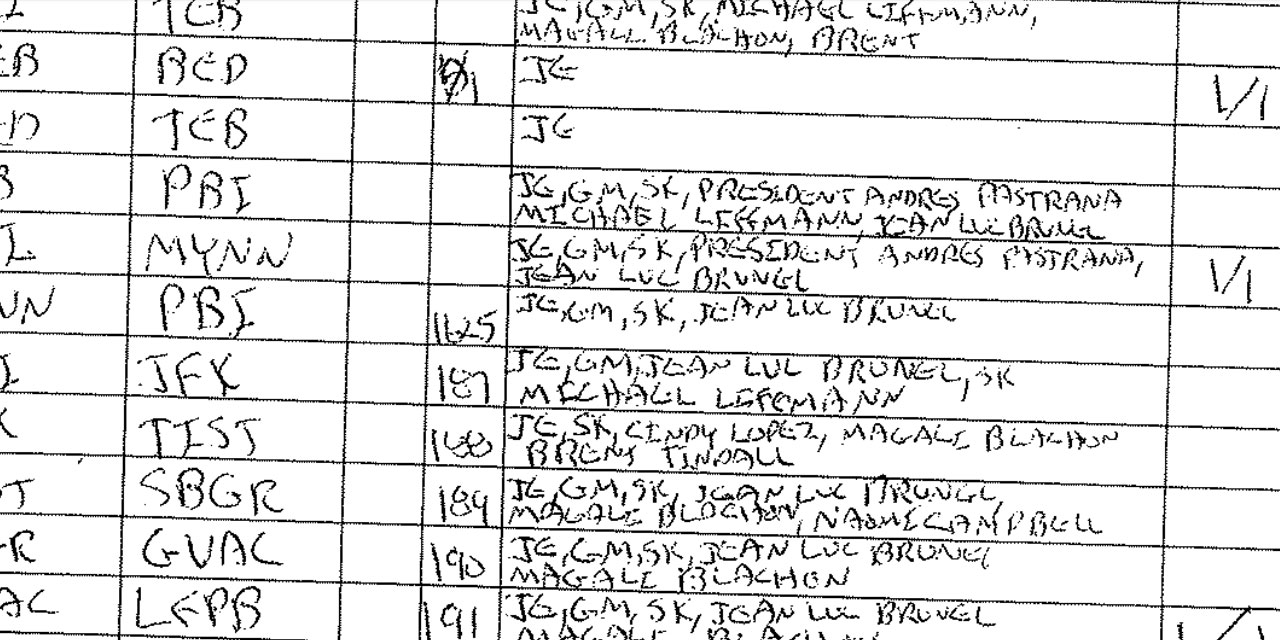 Colombia’s former President Andres Pastrana has been tied to the child abuse scandal around Jeffrey Epstein, an American millionaire and sex offender who apparently committed suicide on Saturday.

Pastrana’s name appears on a 2003 register of the flight logbooks of Epstein’s private jet, the “Lolita Express,” on which Epstein and others allegedly abused minors.

According to the logbook, the flight the former president was on traveled from Carabobo, Venezuela, to Nassau, the capital of the Bahamas where Epstein had a private island where many of the late millionaire’s sex parties allegedly were held.

In the logbooks also appear the names of other prominent politicians like US President Donald Trump, former US President Bill Clinton and British Prince Andrew.

In a press statement, Pastrana on Wednesday denied knowing anything of any sexual abuse of minors, but confirmed flying with Epstein to the Bahamas, claiming they were headed to Cuba to visit [late] Cuban dictator Fidel Castro.

I have appeared in the registry on a flight of mine on his plane to Nassau, Bahamas, for a stop-over with the final destination of Havana, Cuba, at the invitation of President. Mr. Epstein left Cuba one or two days later; I stayed on the island.

The logbook indicates that after flying to the Bahamas, the plane flew to Thailand.

According to Pastrana, he met Epstein before “in Ireland when I was honored at the ‘Summit of Achievements’ in Dublin, a widely publicized ceremony that was attended by Mikhail Gorbachev, Bill Clinton, Bono and Jeremy Irons. I never knew about the now-infamous island” of Epstein in the Bahamas.

Pastrana’s website shows pictures of the former president with the lead-singer of U2 in June 2002, but could find no information of any summit or any honors awarded to Pastrana.

Clinton met with Bono at an event at the Clarence hotel, which was partly owned by the lead-singer of U2, around the time Colombia’s former president met Bono.

Pastrana is widely considered one of the country’s worst presidents in recent history because of the time he dedicated to hanging out with celebrities instead of governing the country.