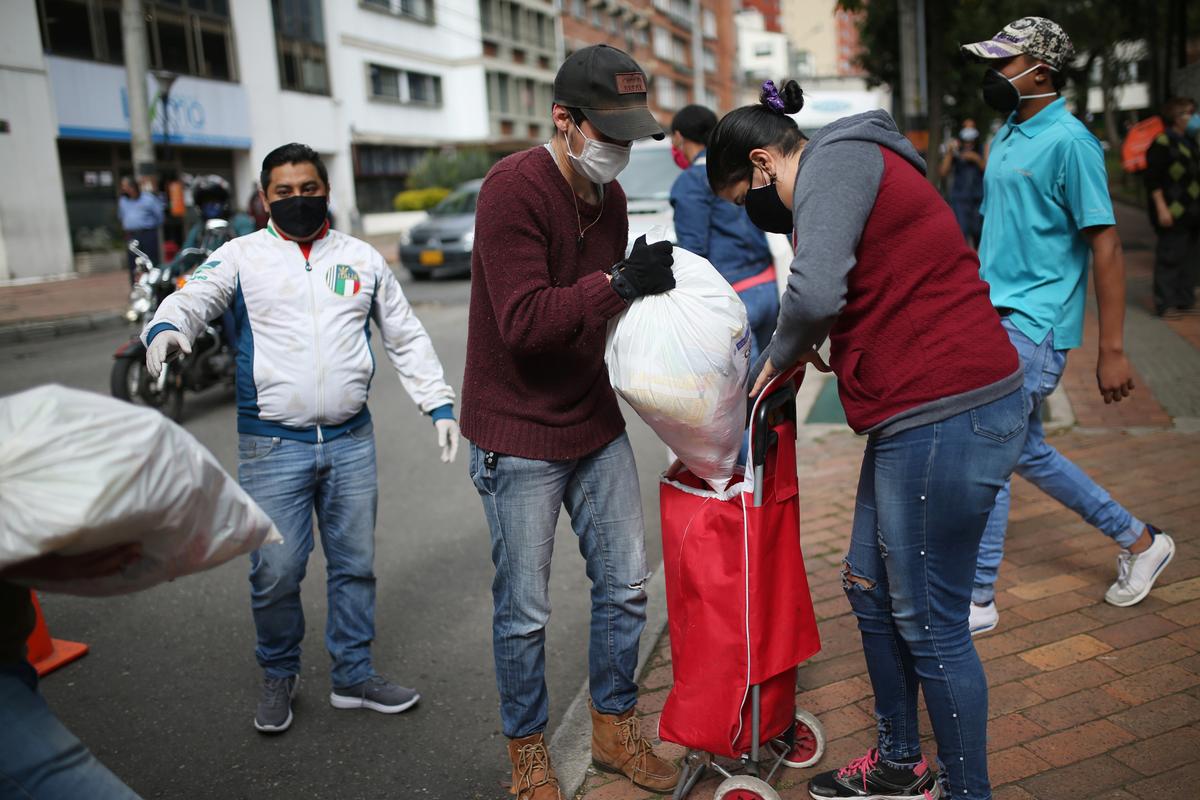 BOGOTA (Reuters) – Colombia issued new measures to control the spread of the novel coronavirus in three of its most affected cities on Saturday, including the capital Bogota, as the rest of the country prepares for quarantine rules to start lifting.

Officials from the embassy in Bogota of the Venezuelan opposition leader Juan Guaido, who many nations have recognised as the country’s rightful interim ruler, deliver food aid to Venezuelan migrants, amid the coronavirus disease (COVID-19) outbreak in Bogota, Colombia May 29, 2020. REUTERS/Luisa Gonzalez

The Andean country has reported more than 28,200 cases of the coronavirus and 890 deaths.

Latin America’s fourth-largest economy has been battered by the double shock of measures to slow the virus and a slump in oil prices.

Colombia began a nationwide quarantine in late March to control the spread of COVID-19. On Thursday, the government extended the lockdown until July 1, but eased some restrictions.

All of Colombia will observe current measures until Sunday, as thousands of businesses are gradually re-opening with safety protocols and reduced staff.

However, Bogota and the cities of Cali and Cartagena, which have been hit hard by the pandemic, will not see rules relaxed, the government said in a statement.

As well as following current quarantine measures, the cities will perform close monitoring and screening until June 15, and will establish epidemiological barriers in key commercial areas and neighborhoods.

Bogota has reported more than 9,600 of Colombia’s coronavirus cases, of which over 2,400 come from the city’s Kennedy district.

“Clearly the district with an infection rate that seems out of control is Kennedy,” Bogota Mayor Claudia Lopez told journalists.

Kennedy will be closed off and placed under strict quarantine with total restriction of movement, except for essentials, for two weeks starting June 1, she said.

As restrictions ease elsewhere in the country, children aged two to five and adults over 70 will be allowed outside for 30 minutes three times a week.

Those aged from six to 17-years old will be permitted outside for up to an hour three times a week. Adults under 70 will be allowed outside for two hours each day.