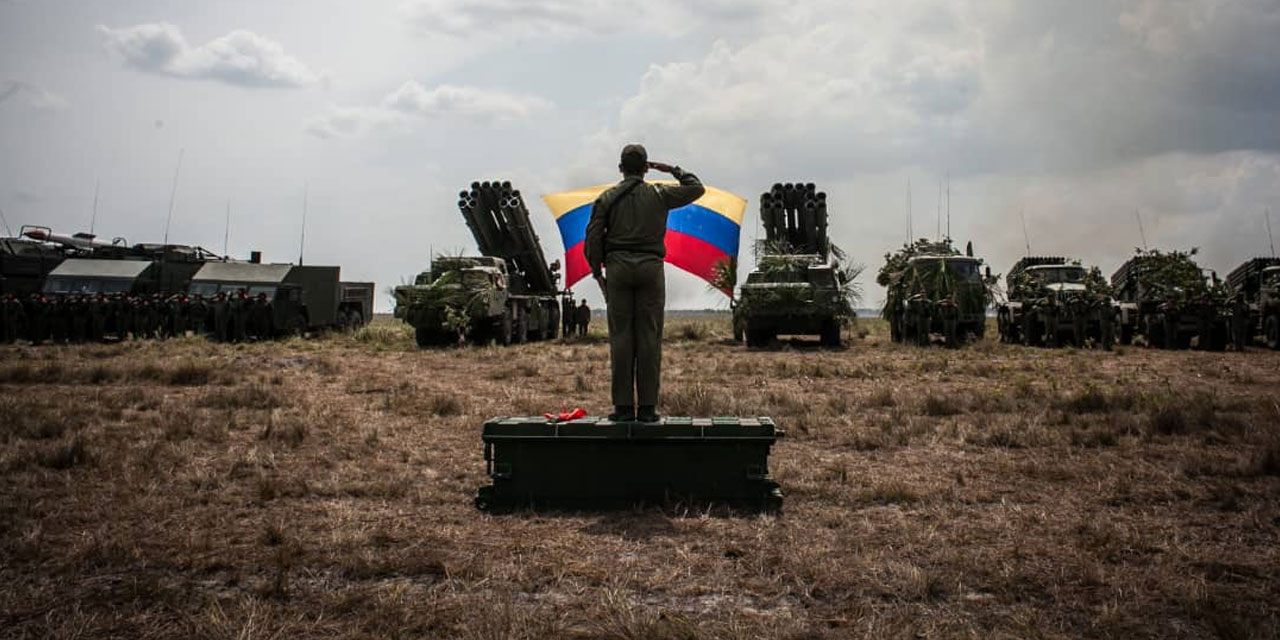 Colombia and 11 other members of the Organization of American States voted to urgently hold a meeting of a regional defense pact after Venezuela began military exercises at the border.

The meeting of the so-called Inter-American Reciprocal Assistance Treaty, also known as “The Rio Pact,” is a 1947 pact in which OAS members vowed to defend each other in the event of an attack.

Twelve members of the OAS, including the United States ambassador and the representative of Venezuelan opposition leader Juan Guaido, voted to call an urgent meeting, considering that Venezuela’s disputed President Nicolas Maduro represents “a clear threat to peace and security” in the region.

Countries that agreed to reactivate the Rio Pact

The move is the latest in a series of escalations between Venezuela, Colombia and the US, and followed a day after the beginning of Venezuelan military exercises near the border with Colombia.

Caracas ordered these exercises and declared an orange alert earlier this month after repeated accusations from Bogota that Maduro would be colluding with the ELN and “Ivan Marquez,” the former peace negotiator of the FARC who announced he would rearm last month.

Maduro has claimed the military exercises that would involve some 150,000 troops were of a defensive nature, claiming Colombia posed a military threat.

According to newspaper El Espectador, the call to invoke the Rio Pact is an initiative of the Venezuelan opposition, and appears to elevate the pressure on Guaido’s rival from diplomatic to military.

Until Wednesday, 14 countries from the hemisphere were trying to exercise joint diplomatic pressure through the so-called Lima Group that included Canada and excluded the US, and explicitly ruled out any military action together with the European Union.

The countries that invoked the Rio Pact include the US and exclude Canada, and could decide to take military action in the event of a Venezuelan attack on Colombia.

According to Maduro, the military exercises will take two weeks. Colombia’s leading newspaper El Tiempo on Tuesday reported that the instruction from Bogota was to be on alert and avoid responding to provocations.

Both Colombia and Venezuela are extremely unstable at the moment.

Apart from the institutional crisis in Venezuela, where two men lay controversial claims on the presidency, Maduro has been unable to effectively attend a humanitarian crisis that has triggered the mass migration of some 4 million Venezuelans since 2015.

More than 1.4 million of these people are in Colombia, which is particularly unstable because of an ongoing peace process with demobilized FARC guerrillas and local elections that are set for October 27.

To add to the instability, the far-right political patron of Colombian President Ivan Duque, former President Alvaro Uribe, is on trial on fraud and bribery charges over an alleged attempt to manipulate witnesses who have testified the Uribe family formed a death squad in the 1990s.