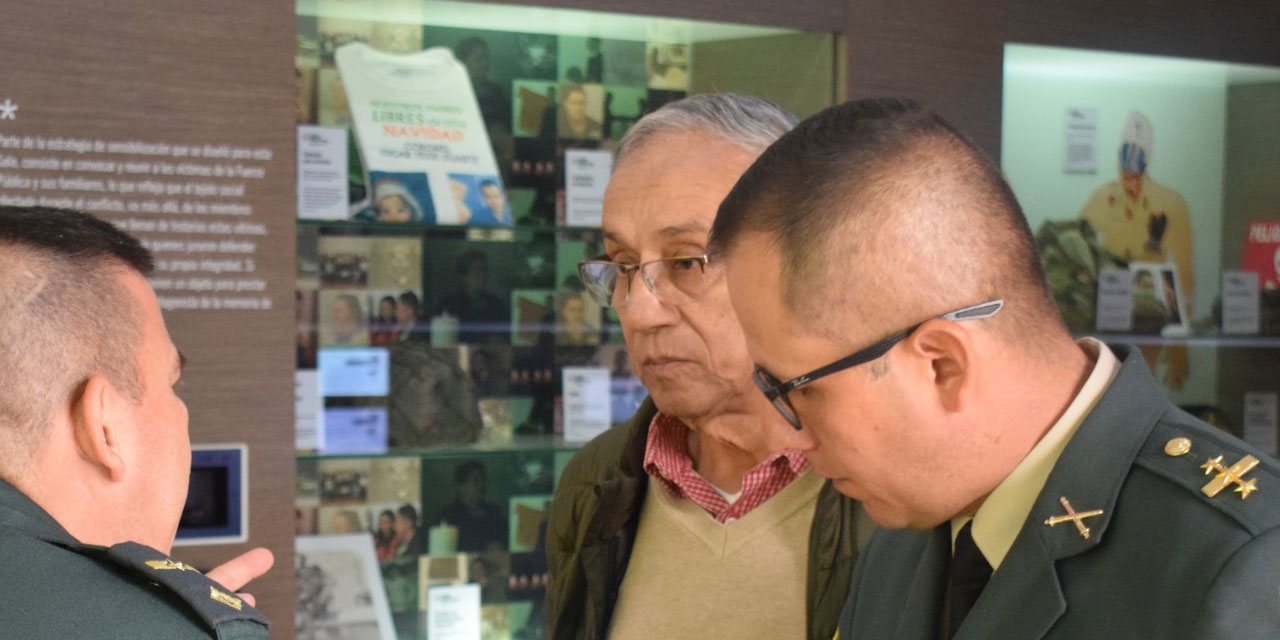 The far-right director of the National Center for Historical Memory (CNMH), Dario Acevedo, announced that he would make changes to exhibitions agreed with victims of the armed conflict, according to audio revealed by Noticias Uno.

‘Museum doesn’t have to clarify anything’

According to Acevedo, “the museum doesn’t have to clarify anything… [about] what was the nature or characteristics of the conflict,” he told staff.

Instead, the museum “must be consequent with what’s being told,” the CNMH director, said.

Acevedo is highly controversial because of his extremist view and denial of Colombia’s armed conflict.

We have a philosophy that memory hopefully doesn’t divide us further because if does is it’s better to do nothing.

One of the agreements made with victims was that the memorial museum would follow three concepts; water, land and body, to tell victimized communities’ stories of the conflict.

Acevedo ridiculed the victims’ contribution. “Making a river talk. Excuse me, boys. That’s very nice for a literary piece or a poem, [but] remember how they made fun of [Venezuelan President Nicolas] Maduro because he was talking to a bird.”

Instead of honoring the government’s word with victims, “I am thinking of forming a team of about five people to revise everything that’s been done, let them evaluate,” the CNMH director said.

Acevedo said he had already censored pilot exhibitions in the cities of Cali, Villavicencio and Cucuta “because we had a problem” with them.

The CNHM director, as well as members of President Ivan Duque‘s far-right Democratic Center party, want to impose the state’s version rather than the versions of the almost 9 million victims as the country forms its historical memory of the armed conflict.