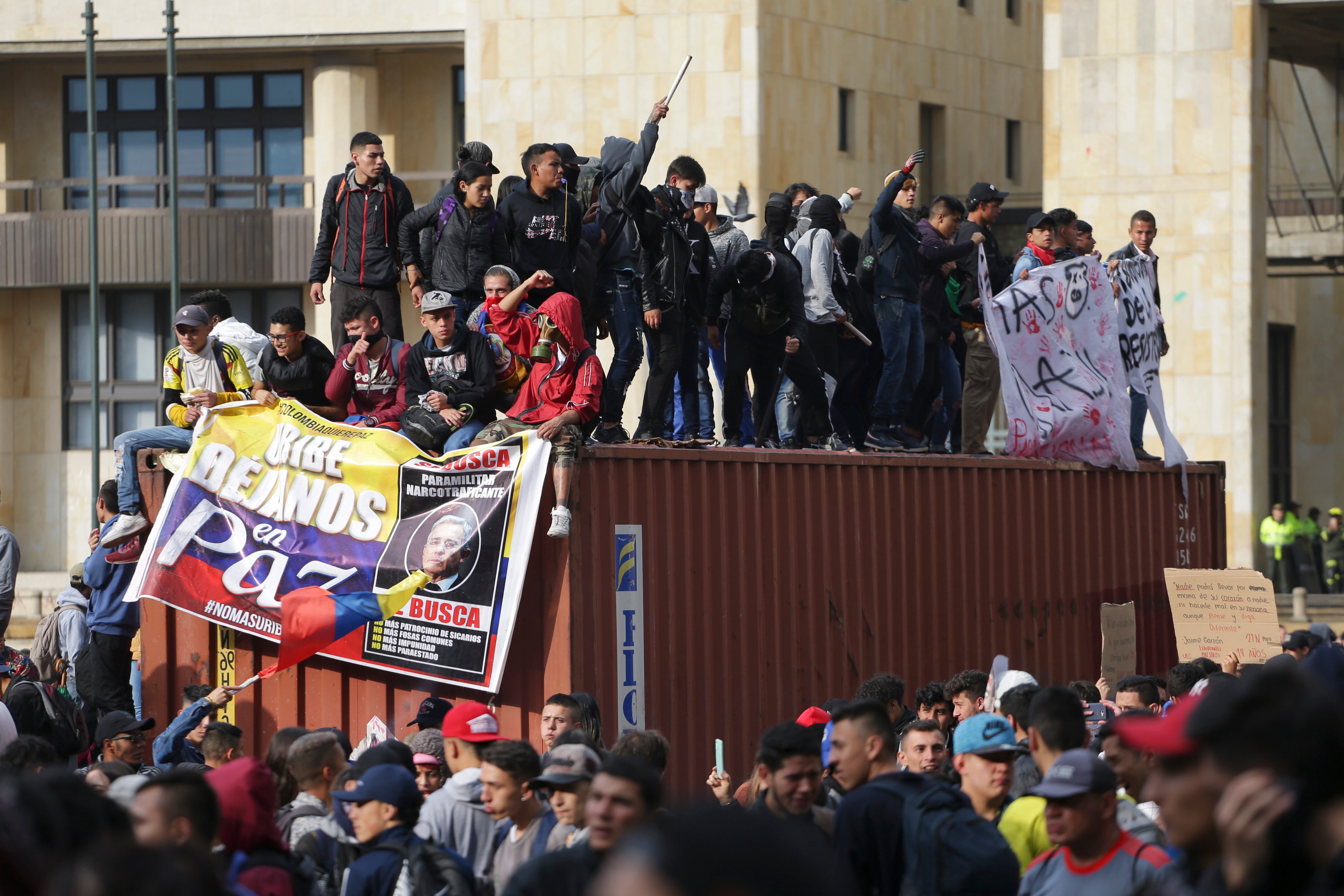 Colombia has imposed a curfew on its capital city of Bogota for the first time in decades following a second day of anti-government protests.

Violent clashes between protesters and police occurred after an estimated 250,000 took to the streets to reject the conservative government of Colombian President Iván Duque.

Duque imposed the curfew after three people were killed following the peaceful daytime protests in what authorities described as violent looting incidents overnight. According to police, 146 people have been detained in the two days of unrest. At least 151 police and military officers have been injured, in addition to 122 civilians.

“One thing is a peaceful expression through protest,” he said. “Another very different thing is to take advantage of the protest to sow chaos.”

The last time the city imposed a curfew was in 1977 for a general strike, before drug-related cartel violence became rampant and the country’s war with leftist guerillas intensified.

Duque also announced that he will open a “national conversation” throughout the country next week to find long-term solutions to inequality and corruption.

“The space for dialogue exists,” he said.

The demonstrations follow a wave of protests overwhelming Latin America. Large protests in Chile, Bolivia and Ecuador have broken out as citizens voice frustrations with political leaders. The nationwide protests and strikes were organized by union workers calling for labor and pension reform.

In the first 15 months of his administration, Duque has watched his approval rating plummet to 26 percent and has faced a series of setbacks.

“Colombia is facing a set of complex problems that are as difficult as any in its recent history,” said Cynthia Arnson, a Colombia expert and director of the Latin America program at the Woodrow Wilson International Center for Scholars in Washington, D.C. “I think any political leader faced with this array of problems would have a difficult time.”

The nation has absorbed 1.6 million refugees escaping Venezuela’s economic crisis, and tensions soared to an all-time high with both sides sending troops to the Venezuela-Colombia border.

The nation has one of the highest inequality rates in South America, though its economy has been growing at a faster rate this year. Nearly 11 percent of Colombians are out of work and 17.5 percent of young adults are unemployed.

As the day turned to night and the peaceful demonstrations turned to chaos, people looted stores, clashed with police and vandalized property.

“We are not street gangs, but rather families that are taking care of their property,” Santiago Palacios, a gym trainer guarding his house in the San Cristobal neighborhood of northern Bogota, told AFP.

Word spread on social media that much of the looting was done by Venezuelan migrants.

“We have not seen them but they have been robbing, let’s say, as they know how to do, as they come up from the south” of the city, Palacios said.