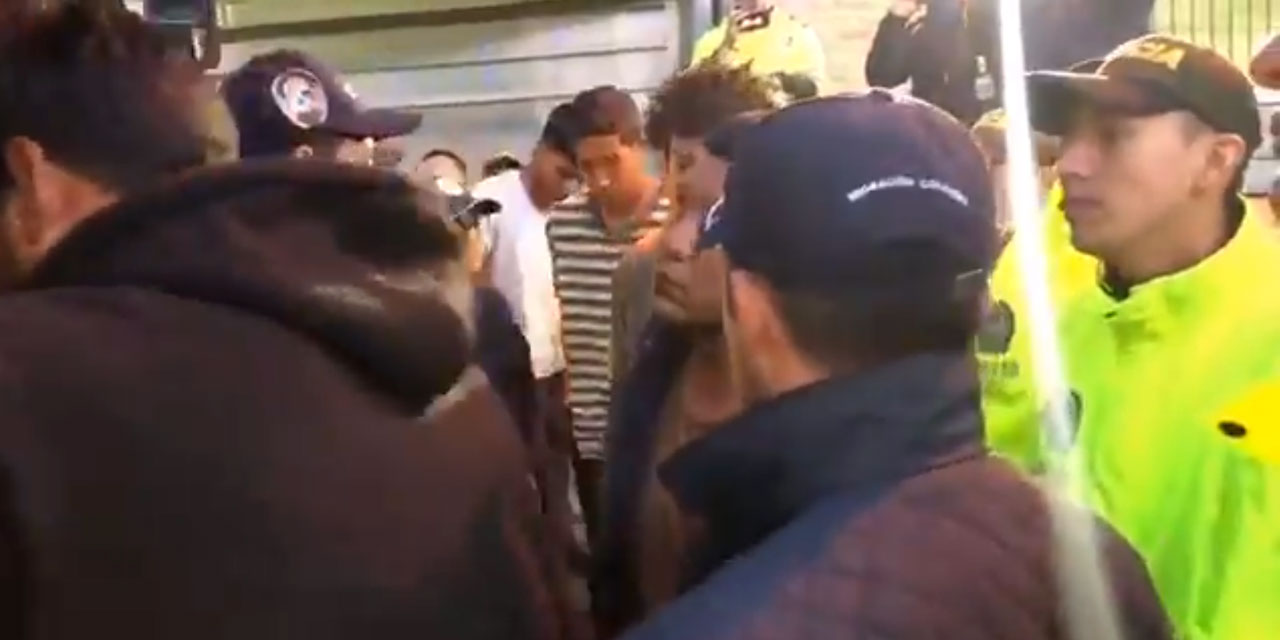 Colombia’s National Police said it expelled 59 Venezuelans and one Peruvian for “generating violence and vandalism” for which the police itself is investigated.

The police announced the mass expulsion hours two days after lawmakers and international organizations began collecting evidence indicating that cops were involved in an “orchestrated terror” plot in Bogota.

In response to the investigations of police in the terror plot, President Ivan Duque and National Police commander General Oscar Atehortua announced the arrest of 29 Venezuelans who would have taken part in violence on Thursday and Friday.

Neither the president nor the police chief presented any evidence of the detained foreigners’ alleged criminal behavior.

Migration said the foreigners’ expulsion was based on their discretionary powers, implying the expelled foreigners weren’t expelled because they broke the law.

We will not allow any foreign citizen to affect our tranquility. We have respected their participation in the marches. We have reached out to those, like the Venezuelan people, who have needed it. But what we are not going to tolerate, is that a group of misfits come to affect the security of our cities, generating outbreaks of xenophobia with these actions, since they damage the name of those Venezuelans who are working for a better country.

The expulsion triggered an outburst of xenophobic remarks on social media where Venezuelans were accused of all kinds of criminal and insurgent activity.

Meanwhile, congressmen and international organizations are investigating the alleged state responsibility in the violence that terrorized Bogota in the fringes and aftermath of peaceful anti-government protests.