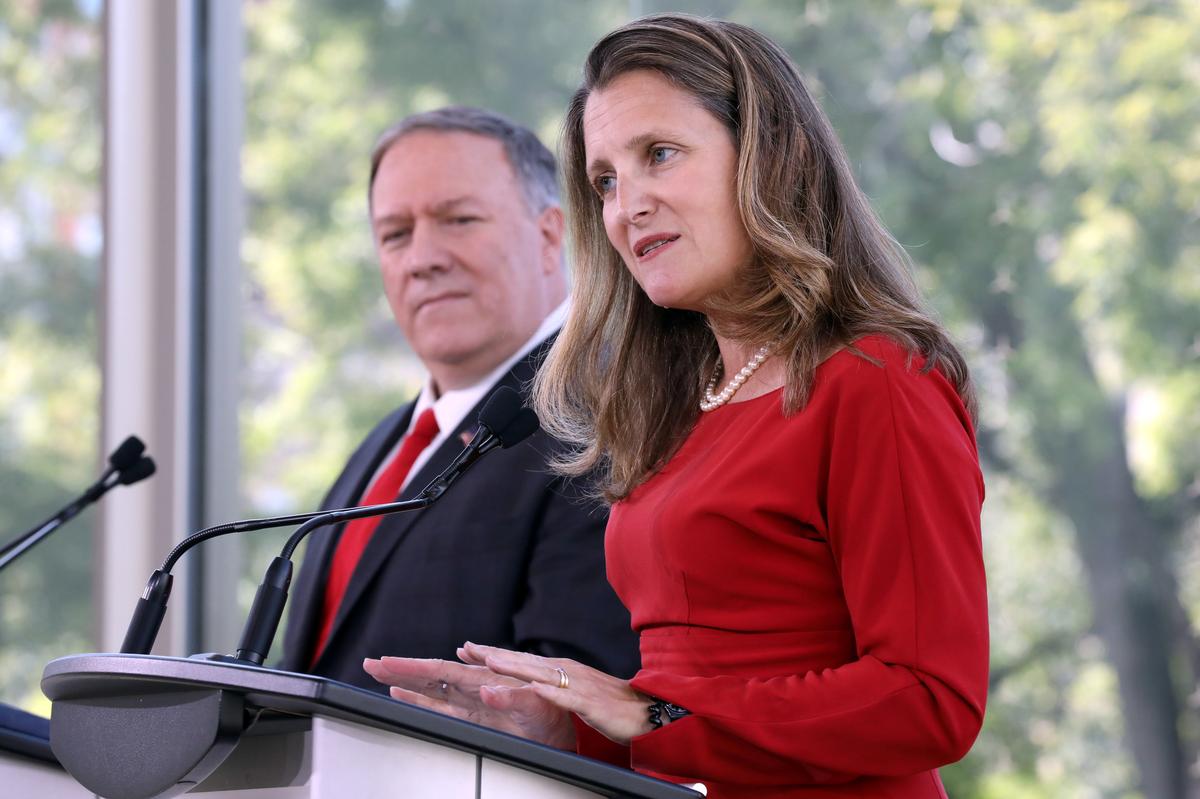 OTTAWA (Reuters) – Canada’s Foreign Minister Chrystia Freeland said on Thursday she would go to Cuba next week to speak with her counterpart there, Bruno Rodriguez, about ending the political and humanitarian crisis in Venezuela and returning it to democracy.

It would mark Freeland’s third meeting with Rodriguez since May on the issue. Cuba is a strong ally of President Nicolas Maduro, whom most Western nations want to step down in favor of opposition leader Juan Guaido.

“It is important to explore all possible paths to a resolution of the situation,” Freeland said during a joint press conference with U.S. Secretary of State Mike Pompeo in Ottawa.

“With that in mind, I’ll be traveling next week to Cuba for a bilateral meeting with the Cuban foreign minister,” Freeland said. “We work with Cuba on many levels, and one of the issues that we have been discussing is Venezuela.”

Earlier this week, Maduro and U.S. President Donald Trump cited high-level contacts between the two countries for months even though Venezuela had broken off diplomatic relations in January and the United States was seeking to remove Maduro.

“There’s been no change in U.S. policy,” Pompeo said in response to a question at the press conference.

“We have consistently said that there cannot be free and fair elections so long as Maduro is on the scene, and we continue to work towards achieving that end on behalf of the Venezuelan people,” Pompeo said.