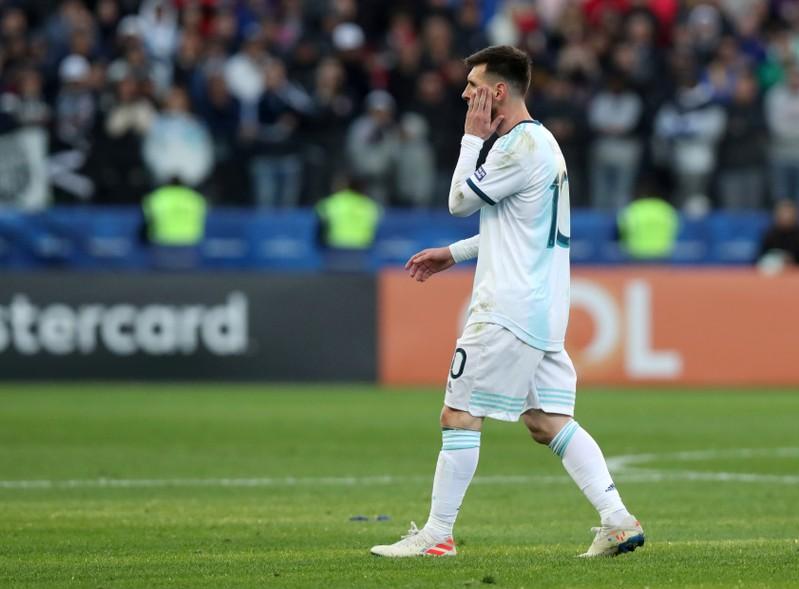 Hosts Brazil wrapped up their ninth Copa America on Sunday with a solid 3-1 win over Peru at the Maracana stadium in Rio de Janeiro.

On they way to the title they scored 13 goals –- five of them against Peru in the group stages -– and conceded just one.

Brazil’s superiority and depth of talent was evident throughout with the main surprises being Uruguay’s early exit, Venezuela confirming they are no longer the region’s whipping boys and Peru’s advance to their first final since 1975.

Argentina’s semi-final elimination by Brazil was less surprising given the off-the-pitch shenanigans that have plagued the side for years.

The Argentines are on their fourth coach in five years with Lionel Scaloni, in his first senior coaching role, still deemed to be a temporary appointment almost a year after taking the post.

Argentina have not won the Copa America since 1993 and they rarely looked like ending that poor run, with Scaloni chopping and changing lineups and their top players, notably Lionel Messi, seemingly incapable of reproducing their club form at international level.

More broadly, the low attendances, controversies over refereeing and general lack of buzz about a tournament that coincided with both the Women’s World Cup and the Gold Cup in North America should be of concern.

That match was a classic example of the state of South American football. Moments of individual brilliance by players were quickly forgotten amid bad-tempered clashes and avoidable refereeing controversies.

Argentina were denied two penalty claims and were furious at officials for not even consulting the Video Assistant Referee (VAR), something they had been keen to take time over during other games.

A highly dubious red card shown to Messi in the third-place playoff against Chile only deepened their sense of indignation.

The fallout, with Messi accusing Conmebol of fixing the tournament for the hosts, Brazil coach Tite telling him to show more respect and Conmebol defending itself against Messi’s declaration that Argentina should boycott future competitions organized by what he called a “corrupt” body, again showed that no matter how many gifted players Latin America produces they are all too often overshadowed by the off-the-field circus.

Conmebol’s decision to allow Brazil’s far-right president Jair Bolsonaro to present the trophy to the winners added to the sense of misjudgment.

All this less than a year after Conmebol, cowed by fan violence in Buenos Aires, transferred to Madrid the final of their blue riband event, the final of the Copa Libertadores.

The poor crowds and general lack of excitement can be partially explained by exorbitant ticket prices.

The falling standard of football is harder to explain but every bit as obvious.

A South American team have not won the World Cup since 2002 — a record drought — and only one of the last eight finalists have come from the region that until the new century had won half of all World Cups.

The departure of young talents to Europe at an ever younger age is one reason and the questionable administration at Conmebol and national federations is another.

Globalisation — Europe’s open economies welcome migrants from across the globe while South America is relatively closed -– combined with a media spotlight based in the Old World, gives the Europeans an added advantage.

“There is more and more information about Europe,” said Peru coach Ricardo Gareca. “Our children and grandchildren, the kids, they know more about the European players than those in South America.”

UEFA’s new Nations League has only made it harder for the increasingly isolated South American sides to test themselves against the best Europe has to offers.

In 2019, the 10 South American nations played 38 friendlies but only two were against European sides, according to a study in O Globo last month.

“We always try to look for these match ups,” Brazil coach Tite said. “The schedule sometimes makes it difficult.”