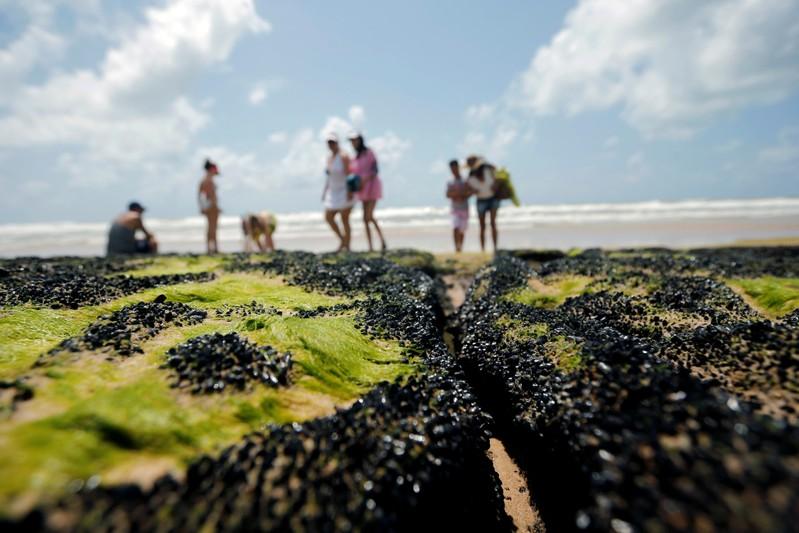 BRASILIA/RIO DE JANEIRO (Reuters) – Brazil’s government has confirmed that oil mysteriously washing up on the country’s beaches is Venezuelan, but that does not necessarily mean Venezuela is responsible, the head of environmental agency Ibama said on Thursday.

“This oil is Venezuelan. Its DNA is Venezuelan. This is certain. It’s a certainty, not speculation,” Ibama President Eduardo Bim told a Senate hearing on Thursday. “Does that mean that Venezuela is responsible? No, that is separate question.”

His comments provided a rare glimpse of certainty in an otherwise baffling environmental mystery hanging over a booming offshore oil industry. Since early September, Brazil’s government has been investigating thick crude washing up across hundreds of kilometers of Brazil’s coast in nine states.

Venezuela’s oil ministry and state oil company PDVSA did not immediately reply to requests for comment.

Bim said the agency was exercising caution when disclosing lines of inquiry to avoid “bad information” and “diplomatic problems.”

A report by state-owned oil firm Petroleo Brasileiro SA, known as Petrobras, first suggested that the crude had properties of Venezuelan oil. The government later conducted its own analysis confirming the properties of the oil, Bim said.

There is no doubt the cause of the oil spill was criminal in nature, as otherwise it would have been internationally reported, Bim said.

Still, the source of the oil remains unclear, he said.

“I think a ship-to-ship (transfer) is the most probable but we have to investigate and do not discard any possible cause,” Bim said. Ship-to-ship transfers involve passing oil between two vessels at sea.

The current incident is more challenging than a typical oil spill, Bim said, because the dense crude is not floating on the surface and only appears when it washes up on shore, making conventional solutions less effective.

The usual floating barriers aimed at keeping oil from washing ashore have little effect, for example, so authorities are focused on cleaning up the crude as it comes ashore.

The volume of oil washing up on beaches remains relatively stable, he said, adding that it is unclear if it is increasing or decreasing and authorities have been unable to model where oil will wash up next.

A source at Petrobras said it is unclear how long the problem will last.

“Until we know what actually happened, it will be difficult to predict when the leak will stop,” the person said on condition of anonymity.

“If a ship with a large oil load has sunk, the leak may still be happening.”