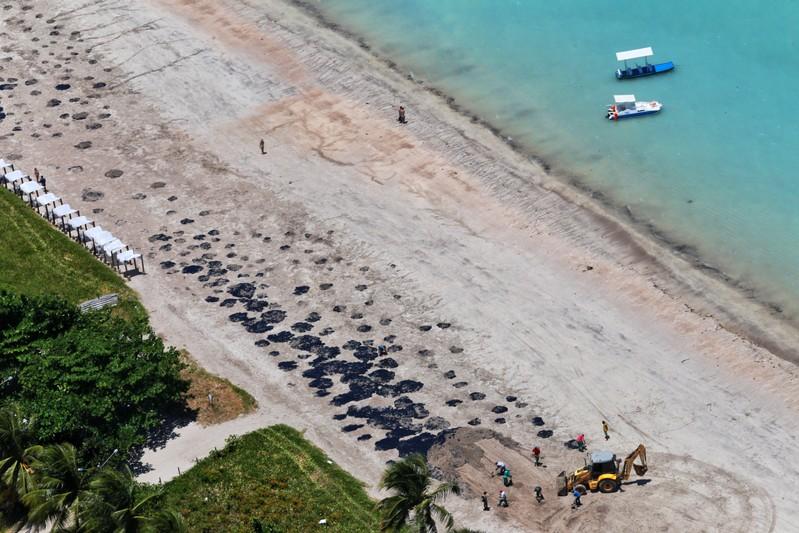 SAO PAULO (Reuters) – Brazil’s environment minister said on Wednesday that the government will call on the Organization of American States (OAS) to demand an answer from Venezuela over a mysterious oil spill that has affected a large part of Brazil’s northeastern coast.

Speaking in an official message broadcast on TV, minister Ricardo Salles insisted that the oil is Venezuelan in origin, a claim the Brazilian government has maintained for over a week.

Hundreds of tonnes of oil have washed up on shore in many of Brazil’s northeastern beaches and its origins have not yet been fully explained.