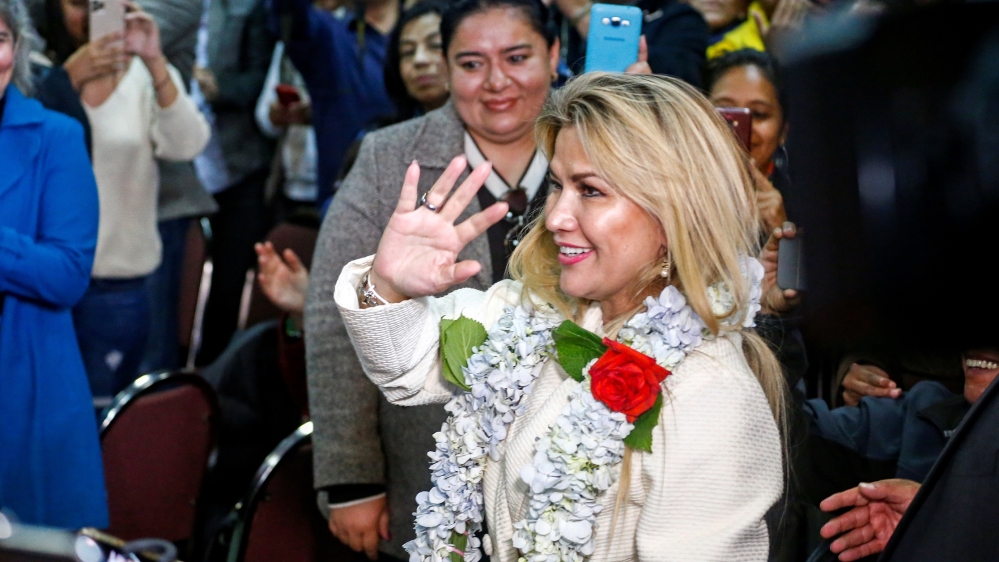 Bolivia‘s interim President Jeanine Anez has announced she will be a candidate in upcoming elections that will serve as a rerun of October’s disputed vote that sparked protests and prompted former leader Evo Morales to resign.

“I have made the decision to stand as a candidate in the national elections,” Anez said in a speech in the capital, La Paz, on Friday.

The former senator assumed the presidency in November by invoking a constitutional clause that dictated she would be next in line to rule after Morales, vice president Alvaro Garcia Linera and other politicians from his socialist party stepped down.

Bolivians will elect a new president and government on May 3.

Anez, 52, a TV presenter and lawyer before she went into politics, was one of the most vocal critics of Morales’s attempt to seek re-election for a fourth term. Her conservative caretaker government has been criticised for overstepping its remit by radically shifting Bolivia’s foreign policy.

On Friday, Bolivia cut diplomatic ties with Cuba, accusing the Communist-run Caribbean island of having shown “permanent hostility” towards Bolivia.

Anez had previously said it would not be correct for her to run in any fresh elections.

She told Reuters news agency this month she was focused on unifying what has become a fragmented opposition to Morales, who is barred from running himself but, as leader of the Movement towards Socialism (MAS) party, maintains control over its campaign.

Morales, currently living in exile in Argentina, resigned on November 10 amid mass protests and pressure from the armed forces after an audit by the Organization of American States (OAS) found serious irregularities in the October 20 vote.

Morales denies any wrongdoing, describing the events leading up to his resignation as a “coup”.