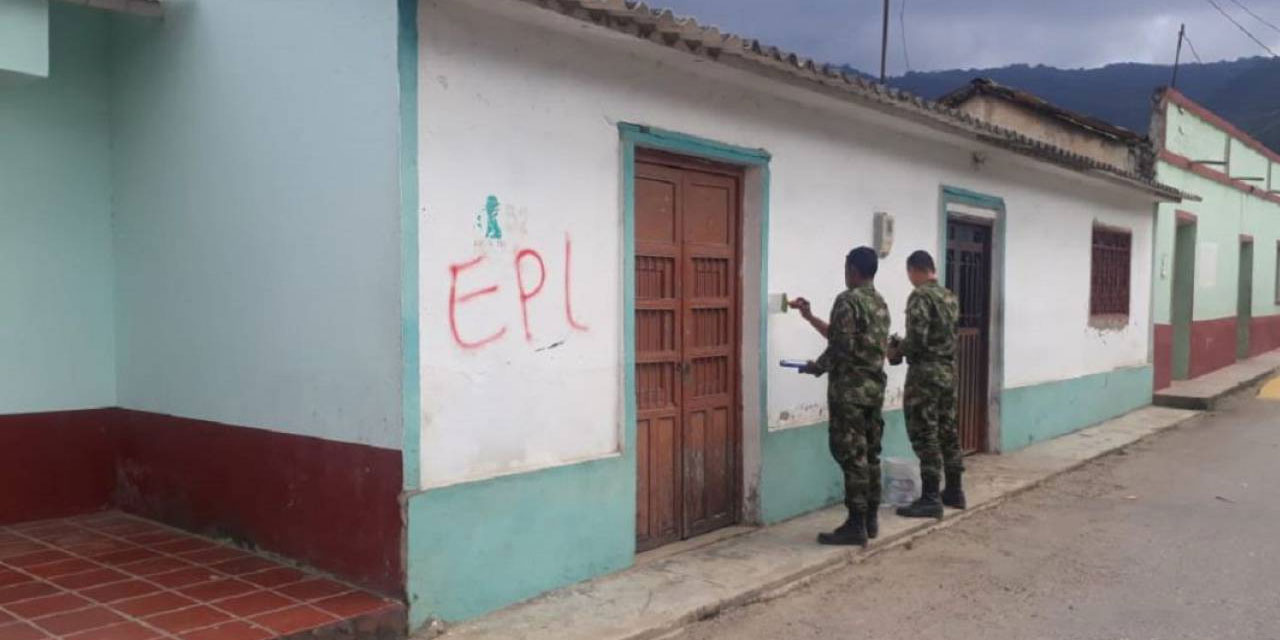 Dissident cells of the demobilized EPL guerrilla group have been popping up throughout Colombia after not leaving their stronghold along the border with Venezuela for decades.

The narco-guerrillas, called “Los Pelusos” by the government, were believed to be doomed after the security forces killed long-time leader “Megateo” in 2015.

After the dissidents of the group that demobilized in 1990 also got involved in a turf war with ELN guerrillas over control in their stronghold in the northeastern Catatumbo region in 2017, few believed the EPL would survive.

The security forces believe the EPL merged with drug trafficking group “Los Rastrojos,” which allowed them to repel ELN attacks and remain in control around Cucuta, Colombia’s largest city on the Venezuelan border.

Following the alleged merger, the EPL has popped up in several key drug trafficking regions throughout the country, according to independent conflict monitoring NGO Indepaz.

Whether their appearance is part of a strategy to branch out or the consequence of their displacement from Catatumbo is uncertain.

The group’s first appearance outside Catatumbo was in the southwestern Cauca province almost immediately after the FARC‘s demobilization in January 2017.

While at odds with rearmed FARC guerrillas and the ELN, the EPL appears to have consolidated control around the Naya River, an important drug trafficking route to the Pacific Ocean.

The group also appeared along the border with Ecuador and in the northern Cordoba province last year. Whether they will be able to settle in these regions is hardly certain however.

“La Mafia” appears to have the southern Putumayo province under control and paramilitary group AGC wouldn’t be welcoming the EPL with open arms in Cordoba.

The narco-guerrillas and the Rastrojos together are believed to have approximately 300 men in arms, which would make it difficult to challenge established groups like the AGC and La Mafia, who know their strongholds inside out.

Another risk factor for the group is its internal stability. The EPL may have more than twice the men than the Rastrojos, but the narcos allegedly have an undisputed leader, “Becerro,” while the command over the EPL is uncertain after the death of its leader “Pacora” in September last year.