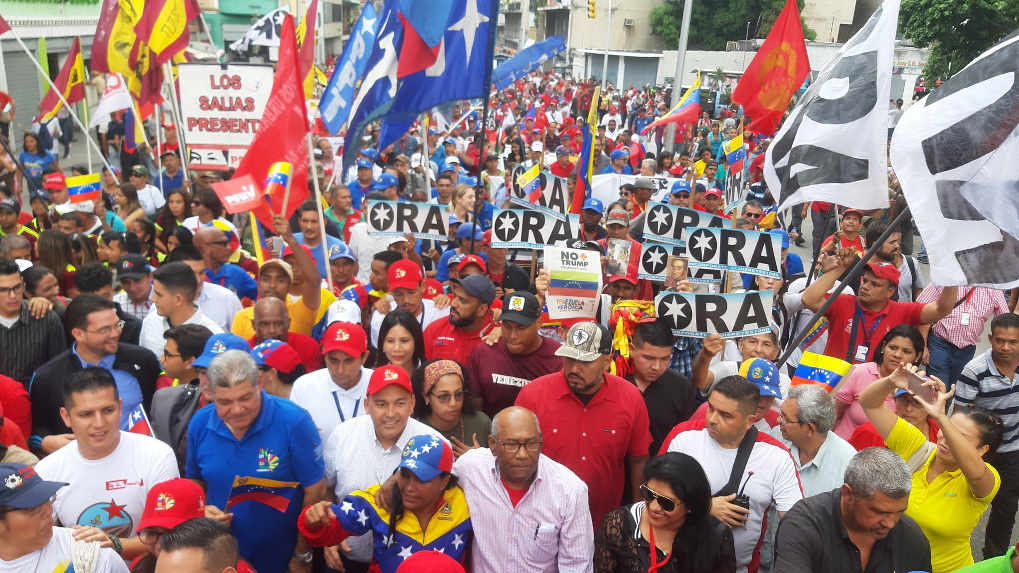 International delegates who are part of the meeting of the First International Meeting of Working Class in Venezuela joined in a massive march of the revolutionary forces in favor of national sovereignty and against the U.S. economic blockade took the streets of downtown Caracas, on Saturday, August 31, 2019.

The march began in the Plaza Morelos of the Venezuelan capital and continued to the Miraflores Palace, seat of the Government.

“We cannot allow the United States to arrive and want to impose ourselves, we must make an international call to all countries to unite in defense of our independence,” said Salvadoran delegate Sonia Urrutia to the Venezuelan News Agency (AVN).

For his part, the delegate of the National Front of Popular Resistance of Honduras, José Luis Macherano, called to let “the people make their own decisions without interference from US imperialism.”