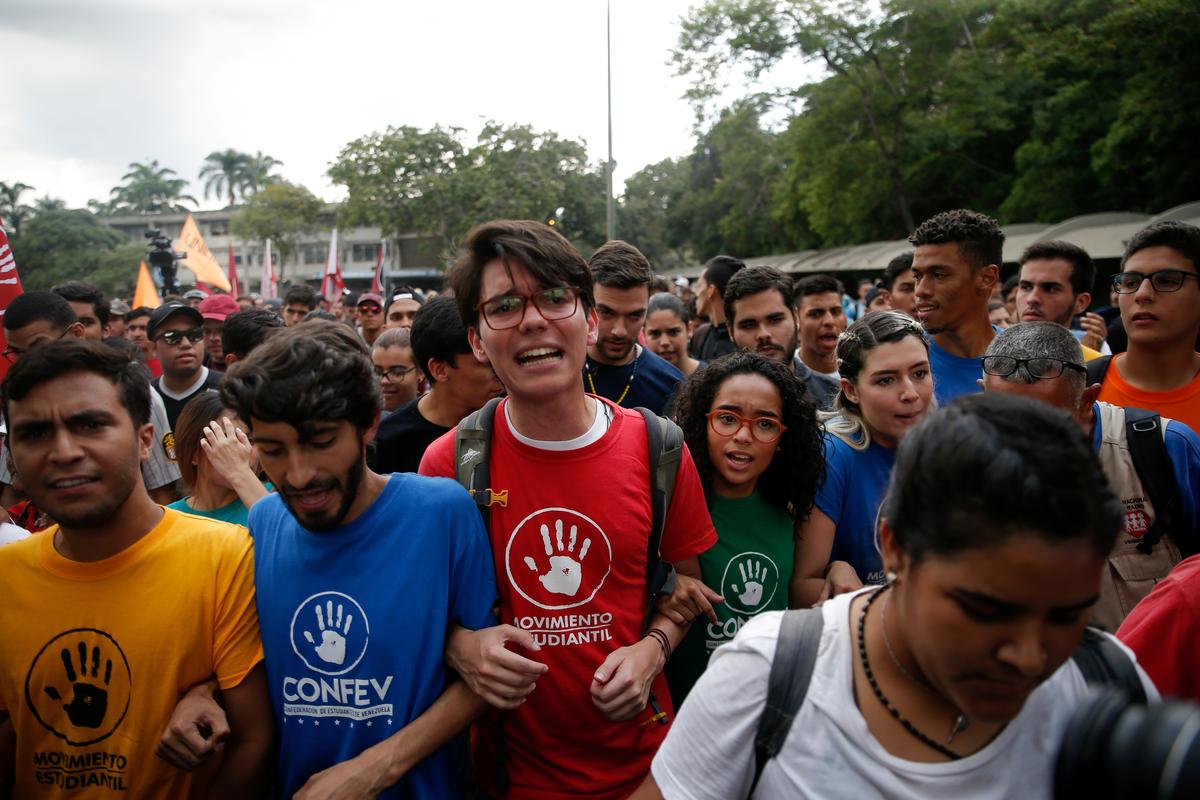 Last Saturday Guaido called on supporters to stage permanent street rallies against Maduro, who has clung to power despite an economic collapse and U.S. sanctions that have hobbled the OPEC member’s oil exports.

There has been a low turnout at demonstrations and some protesters acknowledged being exhausted by dysfunctional public transportation, lack of power and water and crippling hyperinflation.

“The capacity for mobilization has declined and we’re aware of it, this is a message for all Venezuelans that we need them,” said Estefania Cervo, 22, a student leader at the Central University of Venezuela, at the end of a small student rally on Thursday. “We’re hoping that this will activate people.”

The rally of several hundred students ended without any clashes with security forces, despite a heavy police presence and barricades that prevented the rally from reaching the Defense Ministry as planned. [nL8N2815WX]

Rallies by teachers and nurses earlier in the week attracted small numbers and ended quickly.

Guaido in January invoked the constitution to assume an interim presidency after declaring Maduro’s 2018 re-election a fraud, winning him broad international recognition and bringing euphoric crowds to the streets.

The energy has waned since then.

Opposition sympathizers continue to back Guaido, but many say they are disappointed that Maduro remains in power.

Guaido’s popularity has dropped to 42.1 percent in November from 56.7 percent in May, according to pollster Datanalisis.

An adviser to Guaido acknowledged they were smaller than earlier in the year, but said the effort was part of a gradual strategy to build up demonstrations after a lull of several months.

“We believe that the overall balance is positive,” said the adviser, who asked not to be identified. “We are resuming street mobilizations that are a fundamental element of pressure against the dictatorship.”

Nationwide rallies on Nov. 16 drew modest crowds to the streets. Some participants said they were less optimistic on how the opposition would be able to push out Maduro.

While many were inspired by the resignation of Bolivian President Evo Morales after street protests, that hinged on pressure by Bolivia’s armed forces for him to step aside.

Venezuela’s military has stood by Maduro despite repeated calls to abandon him.